The family of a man shot between the eyes by his partner’s ex-boyfriend told the shooter he was lucky he was not charged with murder.

The victim, who can now be named as Hemi Robin Toko Tahuri, miraculously survived the bullet fired at his Karitane home.

In the High Court at Dunedin yesterday, the victim’s partner, Missy Parata, told Krishan Ranui Dick-Karetai (24) she felt Mr Tahuri stop breathing as she held him in her arms.

"If he hadn’t started breathing again, you would have been a murderer. You just got lucky that Hemi was stronger than you thought".

Dick-Karetai was sentenced to six years and 11 months’ imprisonment for the attempted murder, on October 15 last year. 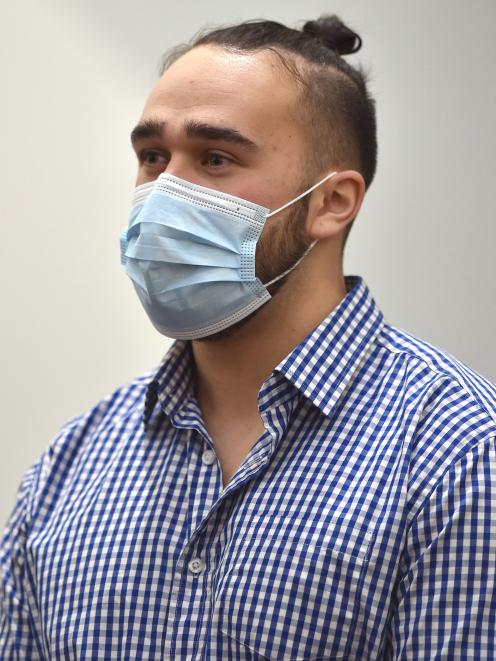 The father of Mr Tahuri said the defendant would "be judged by God".

"Your selfish actions after being told no on numerous occasions has changed the course of our lives," he told him.

"You failed. Our son proved to you what a real man should be — he took a bullet for his [partner]".

Court documents stated Dick-Karetai and Ms Parata began a relationship during 2020, but she got back together with Mr Tahuri shortly after it ended.

"She tried to end contact with you, however you would not accept this," Justice Rachel Dunningham said.

Dick-Karetai was trespassed after a family-harm incident in August, but that did not stop three more from happening before October.

On the day of the shooting, Dick-Karetai sent Ms Parata 44messages and phoned her 68times before driving to the victim’s Karitane property in Coast Rd.

When he arrived, he made eight further calls and sounded his car horn in a bid to lure Ms Parata out of the home.

Mr Tahuri was outside on his ride-on lawn mower and went to speak to him while she called the police to report Dick-Karetai’s trespassing.

The call-taker advised her to lock the door, which they did once Mr Tahuri was inside.

Dick-Karetai then got out of his vehicle and went to the front door, taking his loaded .22 rifle with him, and began to argue with the victim.

Justice Dunningham said Dick-Karetai "kept the weapon out of sight and that meant Mr Tahuri was taken by surprise".

When he was told Ms Parata would not be coming out of the house, the defendant raised the firearm and fired a shot through the glass door, hitting Mr Tahuri between the eyes.

"I would never, ever get the sound of the gunshot out of my head, Hemi laying on the ground, blood pouring from his head," Ms Parata told the court.

"When you shot Hemi in the head, it was as though you shot me too".

Mr Tahuri was taken to Dunedin Hospital, but later transferred to the Intensive Care Unit in Christchurch.

Due to Covid-19 restrictions, when his family arrived only one of them was able to see him at a time.

"That first sighting of our son will never leave my head," Mr Tahuri’s father told the court.

"My heart sank and I felt sick to my core to see my son with so many tubes coming out of him".

The doctors told them to prepare for the worst, but despite infection after infection he pulled through.

However, even though Mr Tahuri survived, his quality of life may never be the same, the court heard.

"The lives of the victims and of their families have been turned upside down".

Dick-Karetai had no convictions prior to the incident and was of previous good character, counsel Campbell Savage said.

The justice acknowledged the defendant had received many awards and scholarships, but had received little recognition for keeping his family’s household running, as his mother suffered from mental illness.

"You are clearly not as bulletproof as everyone believed".

Though he did express remorse, there were indications it was for the situation he found himself in, Justice Dunningham noted.

"If you had any remorse for your actions you would have stayed and helped ... instead you walked away and left me alone," Ms Parata told Dick-Karetai.

Mr Tahuri’s father told the defendant he "will be in our eyes a coward and a criminal and you will have to live with that for the remainder of your days".