'At heart, you're a dishonest woman': Fraudster mum at it again 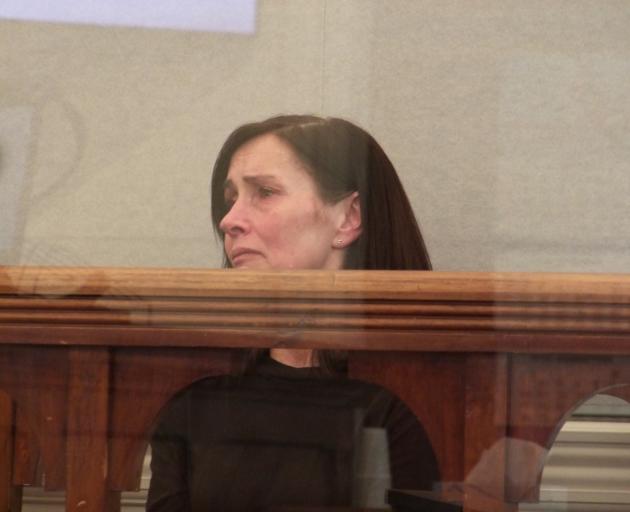 Emma Selcraig in the dock in the Dunedin District Court. PHOTO: ROB KIDD
Within weeks of her release from prison, a Dunedin mother of two went from bank fraudster to benefit fraudster.

Emma Joanne Selcraig (formerly O'Dowda) was violently targeted behind bars while serving her two-and-a-half-year sentence because of her "familial connections", the Dunedin District Court heard yesterday.

But the burns from scalding water, beatings and broken bones she suffered did not stop the 50-year-old returning to crime almost as soon as she was freed.

"For the life of me, I can't understand how a person going through that would contemplate offending again," Judge Kevin Phillips said.

In contrast, counsel Andrew Dawson said, the most recent benefit fraud of $61,119 was not driven by greed.

Selcraig, he said, had split from her husband and been too generous in the division of assets, then, in 2014, her house was washed out by the South Dunedin floods.

She was not insured.

Judge Phillips was not convinced.

"I have difficulty accepting everything you say because basically, at heart, you're a dishonest woman," he said.

Between April 2012 and May 2018, Selcraig repeatedly failed to declare her true income resulting in steady overpayments by the Ministry of Social Development.

After failing to complete a benefit reapplication, the defendant's payments by the ministry stopped.

When she completed the form in August, falsehoods were detected by staff and an investigation was launched.

Selcraig said she lied because she was "in a lot of debt".

"I think you thought you put together a scam that was going to enable you to continue defrauding the benefit system for years to come," the judge said.

The ministry's extensive inquiry, though, put paid to that.

Working back through documents Selcraig had filed, they dug up an application in which she incorrectly stated her income along with a letter from her employer confirming the amount.

When the investigators spoke to that person, they confirmed the signed letter had not been written by them.

Selcraig admitted charges of using a forged document, nine of using a document for a pecuniary advantage and two of obtaining by deception.

When the ministry undertook an "information-sharing exercise" with Inland Revenue it found the defendant had received income from two clothing shops, a property valuation firm, a recruitment agency, the nurses' union and ACC - none of which she had disclosed.

"You bring the whole system into total disrepute, a system based on trust and honesty," Judge Phillips said.

"This type of offending is very easy to do, it's difficult to detect and a lot of man hours have gone into investigating your crime."

Mr Dawson argued sending Selcraig to prison again would rob her children of a mother, decimate the support system she had cultivated and leave her open to further violence behind bars.

The judge sentenced her to nine months' home detention and 350 hours' community work.

There was no chance of the embezzled taxpayers' cash ever being recovered, he said.

Which violent, poorly managed prison was that?

life on the inside . no matter if its a man or women / that's why the idea is to stay out of jail .