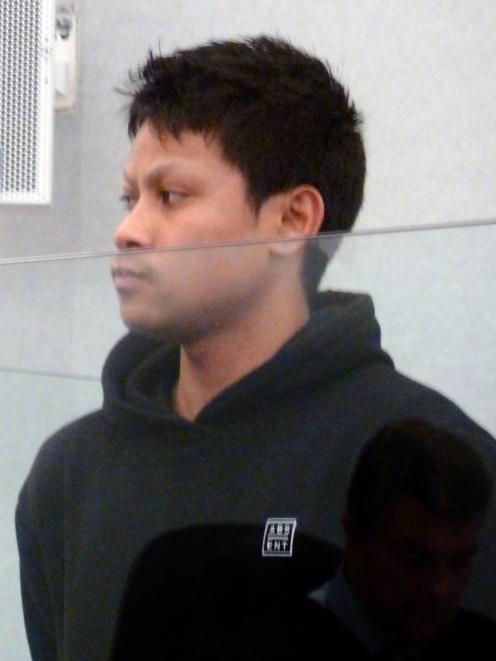 Weeks after grooming a teenage girl, Moana Ufi (20) was found with a knife hidden in his pants. PHOTO: STAFF PHOTOGRAPHER
A man who groomed a 14-year-old girl online and arranged to meet her for sex has been jailed for 16 months.

Moana Ufi (20) sent the victim a friend request on Facebook on February 8 and, despite not knowing him, she accepted it, the Dunedin District Court heard last week.

The pair chatted online, during which they each told the other their age.

The next day, Ufi offered to pick the victim up from her Dunedin home, "advising that he needed some entertainment'', police said.

She sent the defendant her address and phone number and told him she would have to sneak away from the family home to spend time with him.

"During those communications, he told the victim that he loved her and referred to himself as her boyfriend,'' the court heard.

Ufi also requested a photo of the teenager as proof it was not her father he was messaging.

Once he was satisfied of her identity, he twice asked for sex.

She asked him to pick her up that evening but Ufi did not arrive at the specified time.

However, he was in touch again and requested the victim meet him at a nearby supermarket.

At 11.30pm, the teen left her home and walked to the agreed spot but their secret liaison was discovered within minutes.

She had accidentally left her phone behind.

Eventually a member of her family answered the phone. The defendant asked if she was coming to meet him.

When they perused the messages on the girl's phone they soon discovered what was going on and drove out to the meeting place.

While they intercepted the victim, Ufi was not present.

They later found messages from him telling the girl to return.

Ufi told police he was drunk at the time and though he was there, he had no sexual intentions.

"He advised that he had just wanted to find out what she was like, then take her back to the house in which he had been drinking alcohol so she could hang out with other young 14-year-olds who were present,'' a police summary said.

In a statement before the court, the victim said she felt pressured, manipulated and stupid for going to meet the older man.

Unlike the girl, Judge Michael Crosbie noted, Ufi suffered from a significant lack of family support.

Only weeks after the incident, the defendant was arrested in North Dunedin and found to be carrying a large hunting knife in a leather sheath in the waistband of his pants.

Ufi was convicted of grooming and possessing a weapon and because he was imprisoned he will automatically be placed on the Child Sex Offender Register.