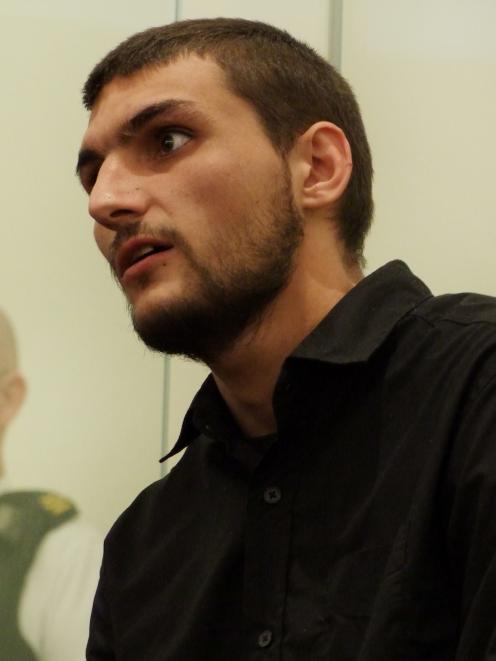 Brent Tiddy
A Dunedin man who forced himself on three women has been asked how he would feel if his young daughter was the victim of such a crime.

Brent James Tiddy (23) appeared in the Dunedin District Court yesterday after pleading guilty to an indecent assault and two assaults.

Despite only one of the charges being explicitly sexual, Judge Jim Large said he could not ignore the lewd aspects of the other two incidents.

The court heard Tiddy – who was supported in court by his partner — had an infant child.

"I'd like you to reflect in the future ... how you would feel if your actions were visited upon your daughter or indeed your wife," the judge said.

"Your behaviour is totally unacceptable."

Though Tiddy requested a restorative-justice conference with his victims, in a pre-sentence interview he claimed he had only accepted responsibility for the crimes as part of a "plea bargain".

"Really Mr Tiddy, any remorse you're showing is too little too late and cannot be a factor in the sentencing process," Judge Large said.

In December 2017, the first victim was outside her home while her car was being fixed.

Tiddy approached her from behind and forcefully grabbed her breasts with both hands.

The woman turned round and yelled at the defendant but he continued to grope her.

More than a year later, Tiddy was at it again.

He had been to a house to pick up some free furniture from a woman in her 70s when his associate told him to express their gratitude.

Tiddy walked into the home to find the woman on her bed watching television.

He shook her hand, then went in for a kiss.

The woman turned her cheek but the defendant went for her lips, causing her to rush to a neighbour’s house in fear.

The same day, Tiddy was in a supermarket where he pawed at a woman’s bottom.

When she turned to face him, he tried to kiss her.

The victim said she felt "violated ... and sick to her stomach" when she thought about what happened.

She would never forgive Tiddy, she said.

The 2017 victim said her life had been forever changed by her experience.

She constantly felt vulnerable, she wrote in a statement, and could not be physically touched without it inducing a panic attack.

He was ordered to attend an assessment for sex-offender treatment and any other programmes deemed necessary by Probation.