Machete man to be deported to Australia 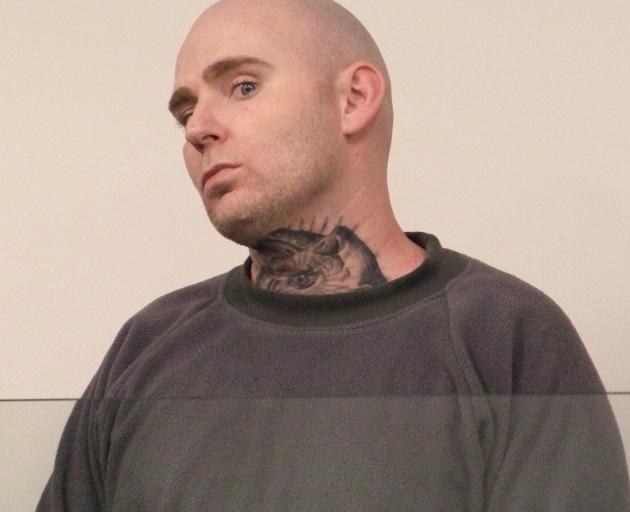 Shaan Roker was assessed as being at a low risk of future violent offending. Photo: Rob Kidd
A man who almost severed someone's hand with a machete during a domestic spat will be returned to Australia in November.

Shaan Roker (35) had been back in the country only a week when the bloody incident took place on February 21, 2017.

He was temporarily living with his ex-partner in Taieri Mouth.

Following an argument, Roker elbowed the woman in the head and then hit her with an open hand.

The pair wrestled on the floor of the lounge and Roker managed to overpower him.

Roker left but soon returned with a machete, which he raised above his head before running at the victim.

The man threw out his left arm to protect himself as Roker brought it down. It left his hand hanging by only the skin.

In the High Court at Dunedin in July 2017, Roker was jailed for six and a-half years, after pleading guilty to wounding with intent to do grievous bodily harm and assaulting a female.

He was declined parole at his first appearance before the board in April, after claiming he did not intend to hurt anyone.

Since then, he had been assessed by a psychologist, who pointed to Roker's substance abuse as the likely driving factor in any future offending.

The risk of further violent offending was deemed as low, the Parole Board heard.

The psychologist described Roker's release plan in Australia as ''constructive and robust''.

Parole convener Judge David Mather said a significant feature of the prisoner's recovery was going to be his continued withdrawal from drug use.

Roker's methadone prescription had tapered off gradually and he would soon be transitioned to an opiate substitute, which would be managed by Australian authorities.

''We note the extensive community and family support he has and the letters in that regard, as well as the insightful letters written by Mr Roker himself,'' Judge Mather said.

But before he could be returned across the Tasman, he would complete the Short Rehabilitation Programme, which would run from next week to early October.

Barring any indiscretions, Roker would be deported on November 18.

His sentence officially ends in August 2023.

Roker would be banned from entering New Zealand during that time.