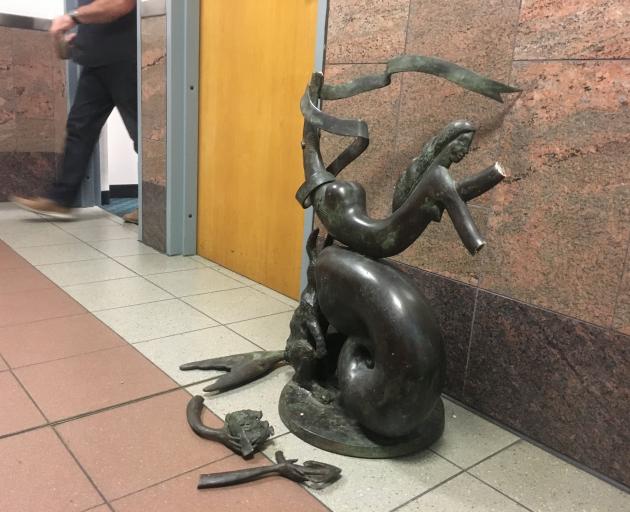 The mermaid sculpture was left in pieces after the incident. Photo: George Block
A man stands accused of wilful damage after walking into Dunedin police station on Saturday night and attacking a brass mermaid statue in the foyer.

Senior Sergeant Craig Dinnissen, of Dunedin, said a staff member was having dinner at the central city police station late on Saturday when they heard an "almighty ruckus downstairs'' and went to investigate.

They saw a man slamming the statue, which sits atop a tall plinth in the foyer, onto the floor.

"He was duly arrested and processed for wilful damage,'' Snr Sgt Dinnissen said.

There was no word on the 42-year-old's motivation for the alleged attack. 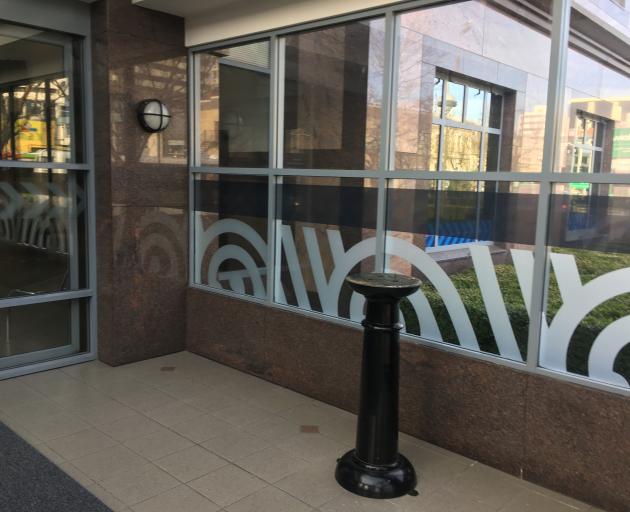 The mermaid sculpture was left in pieces after the incident. Photo: George Block
The plinth now stands bare and the sculpture is in four pieces inside the station.

It depicts a mermaid atop a seashell, as a rabbit (or hare) looks on.