A Dunedin murderer has been resoundingly knocked back in his bid for access to opiate pain medication while behind bars.

Andrew Ronald MacMillan (54), is currently serving a life sentence at the Otago Corrections Facility after killing 17-year-old Jayne McLellan and dumping her naked body in the Kaikorai Stream in 1988.

He told the court the pain he was suffering was “like torture” and left him unable to wipe his bottom.

The killer took his argument to the High Court at Auckland where he also sought $11,000 in damages and $1550 in costs from Corrections whom he said had breached policy and international human-rights declarations.

Despite a swathe of evidence before him, Justice Mark Woolford said it was unnecessary to analyse the specifics in detail.

Ultimately, the decisions of the medical practitioners dealing with MacMillan was simply “not reviewable” under law, he said.

“This was a clinical decision in relation to prescription, made by an independent medical doctor. It is not a decision which derives from a statutory power, and it is not a public decision, even when made in a prison environment,” said the judge.

“Medical professionals cannot be compelled to treat patients in a manner inconsistent with their clinical judgement.”

The court was told at the hearing in December that MacMillan had been medicated for pain in his right arm, back and neck following a car crash many years ago.

He was prescribed dihydrocodeine (DHC), an opiate, and a form of codeine that releases over time.

That continued through July 2020 when Mr MacMillan was released on parole but when he was recalled to prison two months later the prescription was discontinued.

There was a review of that decision by another doctor last year which confirmed long-term opioids were not appropriate treatment for non-cancer chronic pain.

“There is no suggestion that [Corrections] medical staff are acting in bad faith. That being the case, they must be allowed to act in accordance with their clinical judgement,” said Justice Woolford.

“It is totally inappropriate for the court to attempt to direct a doctor as to what treatment should be given to a patient . . . Medical professionals cannot be compelled to treat patients in a manner inconsistent with their clinical judgement.”

MacMillan will next appear before the Parole Board in April. 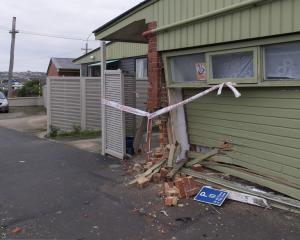