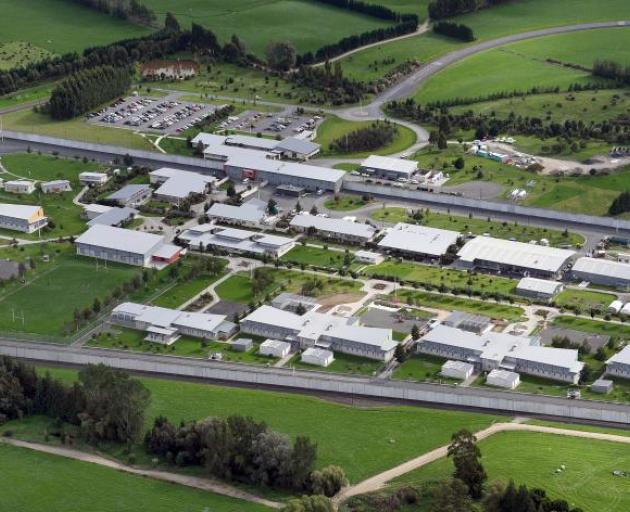 The Otago Corrections Facility near Milton. Photo: ODT files
A man who assaulted a Corrections officer and a fellow inmate is part of a growing trend of prison violence, a judge has said.

Charlie Anthony Tonihi (20) appeared in the Dunedin District Court yesterday after pleading guilty to charges of assault with intent to injure and assault.

He was jailed for 16 months.

The Hastings man was one of a slew of prisoners who had been transferred to Otago Corrections Facility to serve their jail term, due to packed prisons up north.

On September 5, he and 22-year-old Karl Waller watched another inmate walking through an enclosed yard.

Once he turned his back, the duo pounced.

Tonihi swung three punches at the victim's head and Waller followed that up with three of his own blows.

The man backed off but the pair of attackers followed until he was pinned against a wall.

They continued to knee and punch the victim before another prisoner jumped in to stop the assault.

The violence continued but Tonihi's role ended there, the court heard.

More than five months later, after being declined bail, the defendant struck again, this time assaulting a Corrections officer.

Defence counsel Steve Turner said the first assault, which was captured on CCTV, was not as bad as it sounded.

"I'm no fighter but it seemed to me people were pulling their punches," he said.

"The victim never hit the ground."

Tonihi, he said, had no family down south and was struggling without support.

Judge Michael Crosbie said the attack on the prison guard had been significant. The victim said he was previously "confident and relaxed" around inmates, but all that had now changed.

"These two charges reflect what in my assessment seems to be an increase in these types of crimes coming before the court, in relation to prison violence," the judge said.

He asked Tonihi what he wanted to do on release.

The defendant told the court he had attained his forklift licence while behind bars and was keen to pursue a job in that area when he returned to Hawkes Bay.