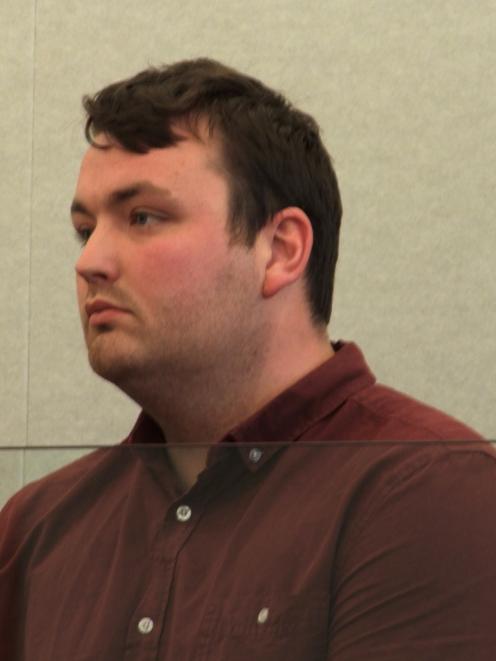 James King tried to keep his identity suppressed but this was declined by a judge. PHOTO: ROB KIDD
When a repeat Peeping Tom was caught by Dunedin police he claimed it was not sexual, he "just liked looking at how other people live".

However, the defendant would not accept that decision.

King made no application further up the chain to the Court of Appeal and now his story can finally be told.

At sentencing, the defendant accepted there was a carnal element to his offending as well as an "adrenaline-related aspect", counsel Meg Scally said.

It was not his first brush with the law.

He was sentenced to supervision in 2017 for unlawfully being in an enclosed yard.

Judge Macdonald noted the defendant had not been granted name suppression on those occasions.

On November 8, 2018, a woman at a Cargill St flat was just about to go to bed when she heard a noise from the fire escape beside her room.

When she opened the curtains, she saw King peering into the bedroom below.

She yelled out, the man fled to his car and drove off.

Despite the scrape, King was back at the property within three weeks.

The defendant — who was wearing a hood up to obscure his face — loitered around the house, looking through the windows for 20 minutes.

King only ceased his peeping briefly when a neighbour called out.

He returned minutes later and this time, when the witness confronted him, he got into
his car and left the scene at speed.

The same night, King crossed town to a flat in Leith St.

Near midnight, one of the residents was in her pyjamas, preparing for bed, when she heard footsteps in an alleyway behind the house.

The victim activated the torch on her cellphone and opened her curtains to reveal King leering at her with his face almost touching the glass.

Ms Scally said that when her client was sentenced to supervision in 2017, he was wait-listed for counselling but did not receive any.

He was motivated to address his issues, the court heard.

King was ordered to pay $500 reparation to his victims.