A police raid on 36-year-old Karen Lee Schwass’ South Dunedin home on May 27 led to her confronting the drug-addiction demons that had plagued her for six years, the Dunedin District Court heard yesterday.

She pleaded guilty to attempting to manufacture cannabis oil, possession of a firearm, possession of methamphetamine utensils and possession of ecstasy, and was sentenced to five months’ community detention and 12 months’ intensive supervision by Judge Jim Large.

"In a strange way she's quite grateful her offending has been discovered because it’s led her to face the music and deal with the ugly things hiding beneath the surface for quite some time," Ms Thorburn said. 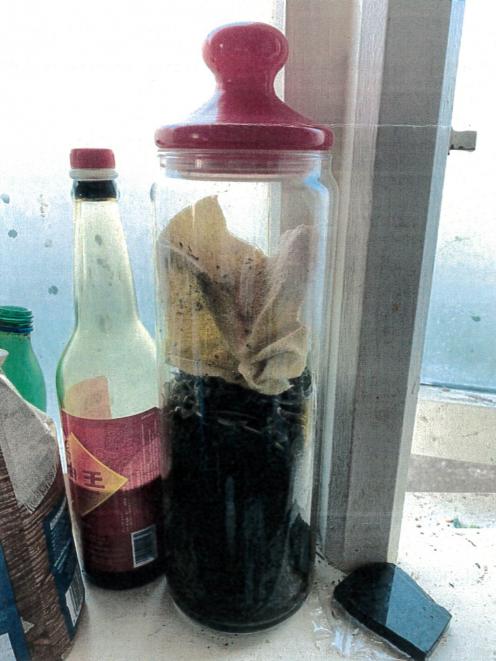 "She says each day gets a little bit easier."

The court heard Schwass was now a better mother and enjoyed more quality time with her children.

Police executed a search warrant at her home after hearing the defendant was associating with a gang member who was on parole.

On the kitchen bench, beside condiments and cooking items, they found a rudimentary cannabis-oil set-up in a jar.

In the defendant’s bedroom were more incriminating items.

Officers found a sawn-off shotgun in a backpack hanging on a wall, along with two 12-gauge shells.

"The serial number of the firearm had been removed and its origins are unknown," police said.

"The shotgun appeared to be in an operative state."

Also in the bedroom was a sunglasses case containing two methamphetamine pipes beside a small set of scales and more than 100 zip-lock bags.

On the duchess was 1g of ecstasy — a class-B drug.

Ms Thorburn said Schwass had cut ties with her criminal associates and was intent on "starting life anew".

While serving her sentence, Judge Large ordered, she would complete any programmes as directed by Probation and she was barred from possessing alcohol or non-prescription drugs.

An order for forfeiture of the shotgun and shells was also made.