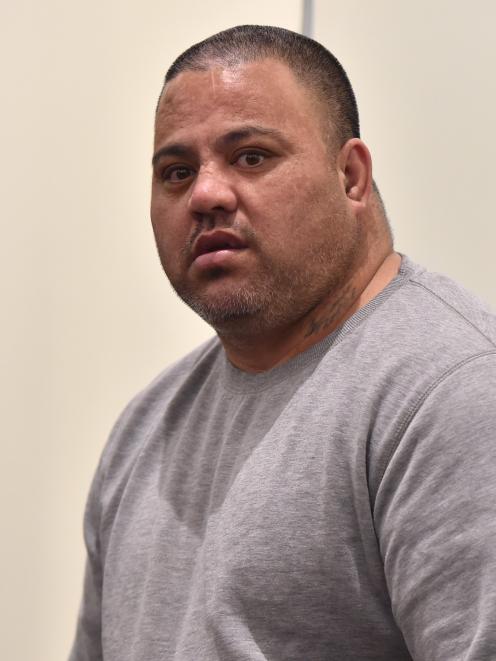 Eric Hepi sent letters to his victim from prison just days after his capture. PHOTO: GREGOR RICHARDSON
Corrections has apologised to the victim of a psychopathic sex attacker after he sent her letters from prison following his arrest.

Eric Reihana Hepi (41) was sentenced to preventive detention (an open-ended prison term) before the High Court at Dunedin this week, with a minimum of 15 years, two months behind bars, after pleading guilty to a slew of sex and violence charges.

He lured a woman to his Kaikorai Valley Rd flat on October 22 last year before holding her captive there.

For a harrowing three days, the victim was subjected to repeated rapes and violence, and Hepi hacked off her hair with a kitchen knife.

It emerged during the woman's tearful victim impact statement, which she read in court, that the defendant was allowed to send her letters from prison despite the serious charges he was facing.

"How is it possible this can happen?" she asked.

"Now I never feel safe ... nobody deserves this."

"I can only imagine how distressing that this would have been," he said.

"The deputy prison director has also tried to make contact with the victim today to personally apologise and advise her of the action we have taken to prevent this from happening again."

It was only after inquiries were made by the Otago Daily Times this week that Corrections took action to contact the victim.

That is despite her informing police of receiving Hepi's unwanted contact a year ago, when it happened.

Corrections said it resulted in an alert being loaded in the system to stop a repeat incident.

Why no such alert existed in the first place was not addressed.

The court heard at sentencing that Hepi had served prison time for rape in the past, as well as for child sexual abuse.

He was subject to an extended supervision order - which included GPS monitoring - at the time of last year's kidnapping ordeal, but had breached it repeatedly.

Mr Clark said the ability for prisoners to send and receive mail was "a statutory minimum entitlement" and that about 15,000 letters were sent each week.

There was no recording of senders or recipients, he said, therefore they were unable to determine how many letters Hepi sent or whether he sent them himself, or had another person do so on his behalf.

This Dunedin case followed Corrections last week releasing results of an independent review into the prisoner-mail system, prompted by a departmental botch involving communications sent out by the Christchurch mosque accused.

• Regular audits of mail processes, including how staff make decisions to withhold or release mail.

• Providing interim guidelines on scanning and withholding mail, gang mail and content of a sexual nature.