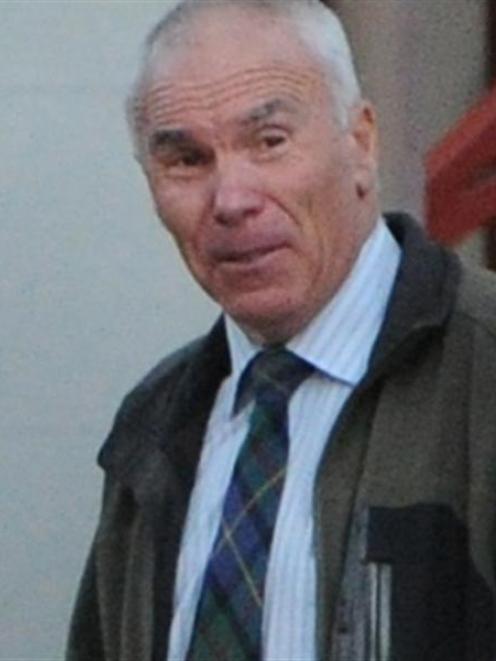 If found guilty, it will be the former Otago Boys' High School teacher's third conviction for historic offending against schoolboys in the last six years.

His trial in the Dunedin District Court for groping an ex-pupil at Otago Boys' High School between the legs at a cricket practice in the 2007-08 season opened on Wednesday.

The defence case is the complainant read about a 2018 conviction Bond had in the Otago Daily Times, prompting him to go to police and make 68-year-old Bond a "scapegoat'' for longstanding health problems.

The alleged assault took place when about 50 other people were around, but no-one the alleged victim played cricket with had testified, Mrs Stevens said.

However, in her closing address to the jury, Crown prosecutor Sarah McKenzie said Bond's previous offending - in 1976 in an alpine hut surrounded by other people, and at school basketball games in the late 1990s with other people also around - demonstrated "brazenness''.

Mrs Stevens said due to his previous convictions Bond was an "easy target'' and the man was "not credible'', "not reliable'', and "not honest'', she said.

An ex-senior staff member at the school, who has name suppression, denied the alleged victim told him of the assault when he gave evidence on Thursday.

Mrs McKenzie said it was possible "what occurred in that office wasn't as clear as either of them might think now'' and said the teacher had said he was working "ridiculous hours'' and had been very busy at the time.

Two other witnesses for the defence, Bond and another former teacher, were called, and four for the prosecution; the man, his mother and two investigating officers.

The man was at times emotional when he took the stand on Wednesday, saying following the alleged offending he "started to hate life''.

He claimed to have suffered "bullying and harassment'' by Bond at school, including one other instance when Bond put his crotch in his face, he said.

The jury retired about 3.20pm yesterday, and a verdict is expected today.