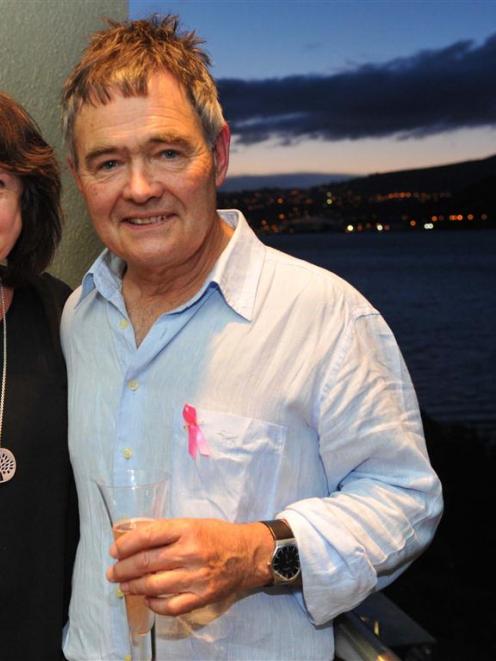 Mr Cull will head a council featuring the return of David Benson-Pope - a former councillor and Cabinet Minister - as well as newcomer and writer Neville Peat.

However, two long-serving councillors, Paul Hudson and Teresa Stevenson, have failed in their bid to win re-election.

Mr Cull polled 18,446 votes, well ahead of his closest challenger Hilary Calvert who polled 6429, and Lee Vandervis who polled 5623.

Mr Cull said it was "really gratifying to get the confidence of the community reinforced''.

"We've had a fairly challenging term and we've had to do some things that not everyone agreed with, but it's good to go back to the electorate, the community, and be re-endorsed.''

He said the mix of new and incumbent councillors would make for "an interesting grouping''.

"Some of them I wouldn't have predicted, but the community's spoken. I see the makings there of a constructive council going forward.''

He said the council would also be "a very different place'' without Mr Hudson and Ms Stevenson, both of whom missed out on reelection.

"Both of them have been there a very long time.''

Both will take their seats as councillors instead, Cr Vandervis for a third time and Ms Calvert for the first time.

They will be joined as councillors by fellow unsuccessful mayoral candidates Aaron Hawkins, the Green Party candidate, golf professional Andrew Whiley and transport operator Doug Hall, who have all been elected in the Central Ward.

Taieri farmer Mike Lord has also been elected on to the Mosgiel-Taieri Ward, alongside incumbent Cr Kate Wilson.

Of those elected outside the Greater Dunedin group, Cr Vandervis will be joined by Cr John Bezett, in the Central Ward, and Cr Andrew Noone, who was elected unopposed in the Waikouaiti-Coast ward seat, round out the 15 seats around the table.

Dunedin City Council staff have confirmed Ms Calvert received the highest number of first preference votes, but that Cr Thomson came out on top once votes were redistributed under the STV system.

Four candidates - Ms Calvert and Crs Thomson, MacTavish and Vandervis - were elected based on first preference votes alone, with no need for redistributed votes to get them across the line.

Incumbents Steve Walker, Mel Aitken, Trevor Johnson, Raewynne Pedofski and Ange McErlane are joined by Peter Cole on the Chalmers community board, where 12 people were vying for six seats.

The progress results were released shortly after 5pm and were based on 98% of votes counted, with 1179 final day hand-delivered votes still to be tallied.