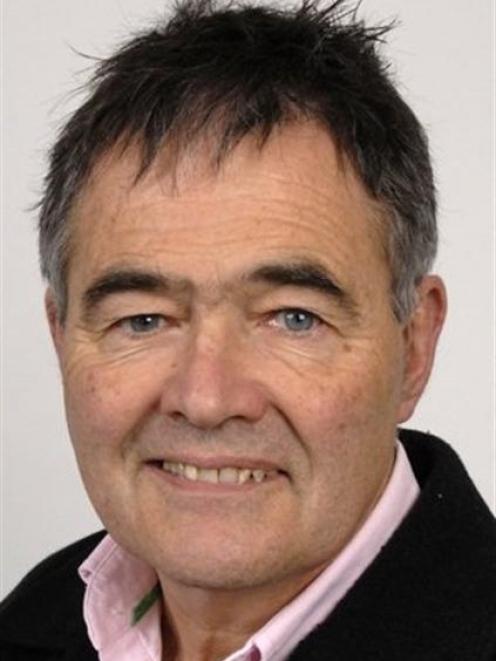 Dave Cull.
The Dunedin City Council fractured into two camps before narrowly deciding to join calls for a moratorium on hydraulic fracturing, or "fracking", yesterday.

Councillors at yesterday's planning and environment committee meeting voted 7-6 to support calls for a moratorium on the controversial oil and gas extraction process.

A moratorium would result in a freeze on new fracking in New Zealand until the Parliamentary Commissioner for the Environment, Dr Jan Wright, completed an investigation into the practice later this year.

The decision by councillors meant Dunedin would add its voice to calls from the Christchurch City Council and four regional and district councils covering Hawkes Bay, Waimakariri, Kaikoura and Selwyn.

A report by council sustainability adviser Maria Ioannou to yesterday's meeting said fracking was used in some parts of New Zealand, including Taranaki and Waikato, but not in Otago.

The practice involves drilling deep wells and injecting high-pressure quantities of water, fine sediment - usually sand - and chemicals into rock, causing them to crack open and release hydrocarbons stored within.

Environmentalists worried about the potential for toxic fluids, or the hydrocarbons, to escape and contaminate underground water aquifers.

Speaking yesterday, Dunedin Mayor Dave Cull said he supported calls for a moratorium, given the geological volatility of the country.

Shell representatives, on a recent trip to Dunedin, had acknowledged the potential to use fracking effectively in some parts of the world, but also the risks associated with the practice in other areas.

"I think a precautionary approach is the only sensible one," he said.

Cr Jinty MacTavish said residents in Taranaki, where the technique was already used, were among those expressing "fairly significant concerns", and Dunedin would be right to join calls for a moratorium.

The call would mean more than just supporting a short-term moratorium, she believed.

"It's an indication to the Government that this is something that we as a community have some concerns about and would like them to take seriously.

Cr Richard Thomson said there were sufficient concerns about fracking to justify the council taking a "precautionary approach", despite some "extreme" claims on both sides of the argument.

Other councillors were not convinced, with Cr John Bezett arguing a moratorium would not happen anyway, while Cr Lee Vandervis worried a moratorium would "kill stone dead" the use of fracking in areas in which it had been successful for years.