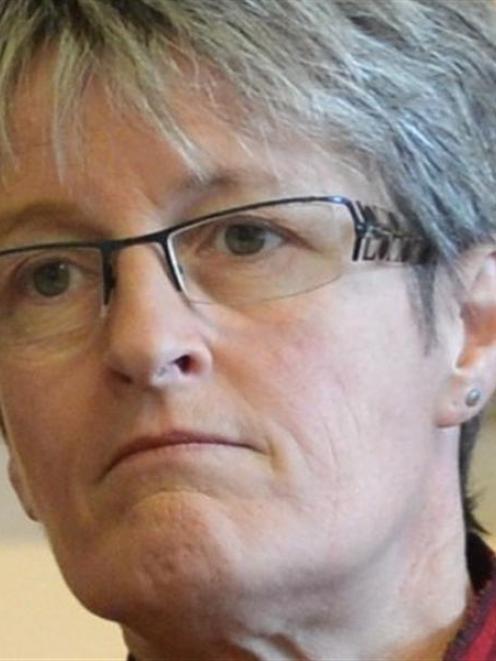 Sue Bidrose.
Dunedin City Council jobs could be on the line as the organisation reels from an alleged $1.5 million vehicle fraud.

Council chief executive Dr Sue Bidrose yesterday described the alleged fraud - involving the sale of more than 150 cars over more than a decade - as ''unprecedented'' in the council's history.

The Otago Daily Times understands that, as a result, the council may go after the car buyers, and other parties said to have profited from the alleged fraud, in an effort to recover ratepayers' money.

The revelation came as the council yesterday confirmed it had called in police and notified the Serious Fraud Office following Deloitte's three-month council fraud investigation.

The probe had revealed the full extent of the alleged decade-long fraud, which now involved the sale of 152 vehicles and the pocketing of more than $1.5 million in proceeds, Dr Bidrose said.

The company's full report had been expected to be made public last week, but was withheld yesterday following advice from police and the Crown Solicitor, Dr Bidrose said.

That was to avoid prejudicing the police investigation that would now commence, she said.

''We have committed to keeping ratepayers and residents informed, but my first priority has to be that the appropriate authorities hold people accountable and we try to recover some ratepayers' money.''

''Police anticipate that there is likely to be a large number of wide-reaching inquiries to conduct as part of this investigation and that it will take some months to complete.''

The Deloitte investigation, which has so far cost the council about $200,000, was launched after Citifleet team leader Brent Bachop died suddenly on May 21.

His death, which came days after being approached about discrepancies within the Citifleet department, has been referred to the Coroner.

A copy of Deloitte's report had also been sent to the council's insurer, QBE, as well as the Serious Fraud Office, due to the level of fraud alleged.

It was not yet known what role, if any, the SFO would have, but police were conducting the investigation.

In the meantime, council staff were in the firing line after Deloitte found the alleged fraud was made possible by inadequate checks and balances within the council.

Dr Bidrose said the checks ''should have been in place'' and a small number of council staff were involved in ''employment processes'' as a result.

The ODT understands about five council staff were involved, although there was no suggestion they were complicit in the alleged fraud itself - rather, they had failed to detect it.

Dr Bidrose would not comment on their likely fate yesterday.

''I've just got to let the process run its course.''

She would also not be drawn on other details of the investigation, but went further in an internal message to all council staff, obtained by the ODT, yesterday.

In it, she said the council's internal controls had failed to keep pace with best practice and there was ''little for us to take comfort from in the whole episode''.

''This is a significant issue for the DCC, unprecedented in the history of our organisation.

"And, sadly, it will reflect badly on our entire organisation and do us reputational damage.

''There is no doubt our approach to some things - such as declaring conflicts of interest, taking gifts and tickets, private use of council vehicles - has been too relaxed.

''Throughout [New Zealand] and internationally, changes have been made and the DCC has not kept pace,'' Dr Bidrose said.

The alleged fraud had been detected only when the council began tightening its internal controls last year, and staff were no longer able to buy cars or any other council assets, she said.

That work would continue, but some council staff ''may find the changes difficult'' - something she would not ''apologise'' for.

''I know this is an organisation in which our ratepayers can have faith ... but I also know we will be having to prove this again in [the] coming days.''

The ODT reported last month about 25 of the Citifleet vehicles appeared to have been sold to members of one Dunedin family, unconnected to the council or to any city motor vehicle dealership, before being on-sold.

Another 25 cars have been sold to past and present council staff, including a former senior manager, Grant Strang, and a former city councillor, Maurice Prendergast.

Both are said to have followed proper processes at the time and there are no suggestions they were involved in the alleged fraud.

Allegations of ''backhanders'', the role of two city car dealerships and other claims were also investigated by Deloitte.

It was not yet known exactly how long the police investigation would take, but the ODT understands it was hoped it would be finished before Christmas.