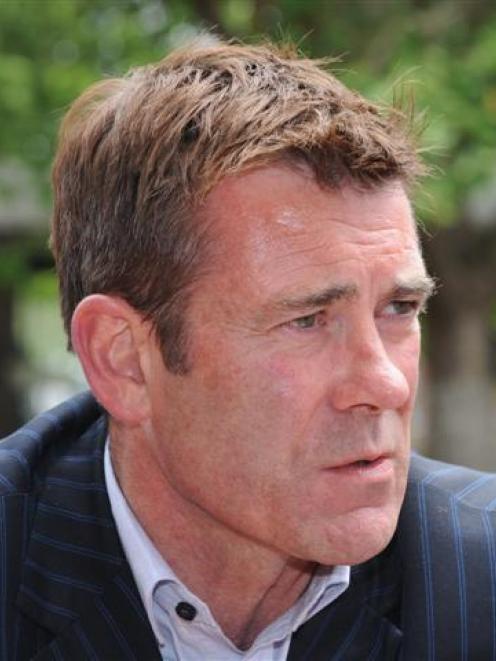 Mr Woodhouse, who is also Immigration Minister, and Dunedin Mayor Dave Cull are accusing each other of being ''naive'' over whether divestment could influence whether oil and gas companies base their operations in the city.

An Anadarko spokesman declined to comment on divestment, saying it was ''entirely a matter for the Dunedin City Council and the people of Dunedin''.

Mr Woodhouse said the council's decision to dump fossil fuels from the city's $82.5 million Waipori Fund was ''narrow minded idealism'' that would cause ''significant harm to the city it purports to serve''.

''This decision sends a strong message that [oil and gas companies] are not welcome in Dunedin. I think that is a terrible mistake that Dunedin will regret.

''Many in Dunedin look to central government to try to solve the city's problems.

''This latest decision shows emphatically that the problem lies much closer to home, and it is the residents and ratepayers of Dunedin who suffer as a result.''

Timaru Mayor Damon Odey and Invercargill Mayor Tim Shadbolt would be ''laughing'' at their good fortune and Dunedin's ''stupidity in poking the exploration companies in the eye''.

Mr Woodhouse admitted he had not spoken to anyone in the oil and gas industry about whether divestment would affect a choice on where to base operations.

Mr Cull hit back at the suggestion oil and gas companies would overlook Dunedin because of divestment, calling it ''naive''.

''If exploration companies chose Dunedin or anywhere else, it's because it's the best place for them to go as a base.

''I know that because I specifically asked Anadarko and Shell that question.''

The companies' answer was that proximity to the oil and gas and the infrastructure present in the city were the key factors, he said.

Mr Cull also disputed the suggestion the council was to blame for the city's economic woes, saying the city was in fact growing and the accusation was ''a bit rich'' coming from the Government.

''Any loss of jobs here is not entirely central Government's fault, but they certainly haven't helped _ if you look at the immigration office going and what they allowed AgResearch to do to Invermay.''

Mr Woodhouse's comments also appeared to show he was unaware of his own Government's policy.

''The Government is a signatory to the United Nation's Framework Convention on climate change and recently that convention endorsed fossil fuel divestment.''

The council was acting on the wishes of Dunedin people, which had been evidenced clearly through a consultation process last year.

''I'm sure that other councils will be looking at this decision very closely.''

She was critical of those who voted against divestment.

''I'm disappointed in those councillors for showing no leadership on this issue at all and really showing a 20th century approach to financial management.''

The Green Party had long argued that national funds _ such as the superannuation fund _ should also divest.

On the Otago Daily Times website and social media people slammed the council and heaped it with praise in almost equal measure.

''Congratulations to the DCC! This is the best decision yet,'' one person said.

On the other side of the debate, another said: ''Once again our council shows that the dark green `visionaries' are in control of our city.

''The people who voted to divest of fossils fuel investments are hypocritical idealists.''