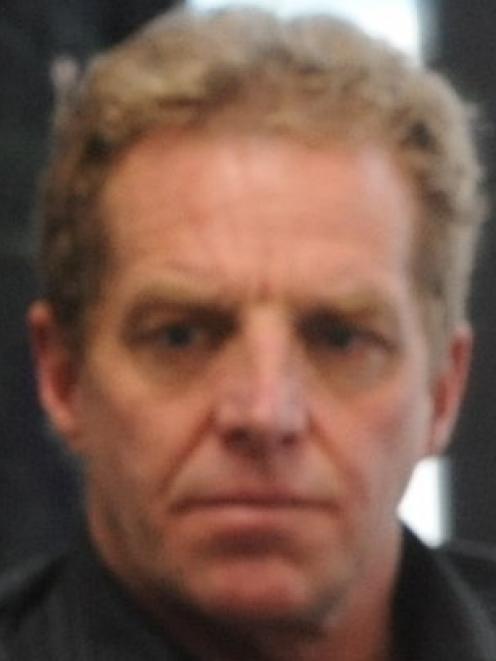 Steve Prescott
A Dunedin City Council manager has apologised, and an investigation has been launched, after an apparently misleading response to an official information request was revealed.

His comments came after it emerged this month Mr Prescott had for more than a decade been receiving a fee - worth up to $10,000 a year - for stocking pool vending machines.

The ODT had first asked about profits from the machines, and whether there was any relationship between council staff and the machines' owners, in February last year, using an official information request.

However, the response from Mr Prescott at the time, relayed to the ODT by other council staff in a written response, was that no relationship existed.

Contacted last week, Mr Prescott said he had assumed the question related to personal relationships with the machines' owners that gave him an unfair advantage, and not commercial ones.

''I've got nothing to hide, and if I've given you the wrong interpretation then I'm sorry for that. There was no intention to put a wrong slant on it,'' he said.

However, the handling of the initial request and the apparent discrepancy prompted a fresh investigation by council staff, launched last week following further questions by the ODT.

Council infrastructure and networks general manager Tony Avery said the council's handling of the information request would form part of a wider review of arrangements surrounding the vending machines.

''I'm concerned that the wrong information may have been given to the media. We are reviewing what happened with this request, but I can't comment any further because we haven't done that,'' he said.

The potentially misleading response came to light after the ODT published a letter to the editor from a member to the public on November 15.

In it, the writer, Tony Auckram, quoted a letter from council staff confirming Mr Prescott's company, Prescott Enterprises, had held the contract to stock the machines for 12 years, received a fee for doing so, and details were recorded on his file.

Mr Avery, writing in response, confirmed the details and said they were being reviewed ''to ensure they are appropriate''.

However, the Otago Daily Times had, in February 2012, also asked questions about profits from the machines, at the time owned by Goodman Fielder/Bluebird and Coca-Cola.

The questions - made citing the Local Government Official Information and Meetings Act 1987 - included whether any council staff member had any connection or relationship with the owners of the vending machines.

Council staff, responding on February 21 last year, said: ''We are not aware of any staff member who has a relationship with anyone from either company.''

Days later, responding to further questions, staff said a share of profits went to the council's aquatic services budget, but: ''There is no-one else, or company, that get a share of the profits from the vending machines.''

Mr Prescott said yesterday he had drafted the responses, in discussion with other staff, but conceded he may have misunderstood the questions.

''I don't think the wrong information was given ... I had my interpretation and if I got it wrong, I got it wrong. I'm happy to say that. I've got nothing to hide.''

He confirmed he received a fee, which varied but was worth between $6000 and $10,000 a year, and said he retained it himself.

He was first offered the contract after the machines' owners were unable to find another supplier, and it had worked well for both parties.

The contract had not been tendered since, but the owners had been free to cancel at any time, with one month's written notice, and chose not to.

The Bluebird machines had since changed hands again, to a new owner, Vending Direct, who would use their own supplier from January next year, he said.

Mr Avery said he could not yet confirm how long the investigation into the issues raised would take, as there were ''questions we just need to work through''.