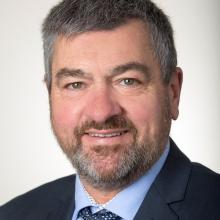 Mike Lord
A Dunedin city councillor is warning against demonising agriculture as a producer of greenhouse gases.

As the region awaits an Otago-wide inventory of emissions, Cr Mike Lord said if Otago’s emissions profile included what the region exported without considering what the region imported, it could suggest an unfair, unbalanced climate change mitigation strategy was required.

"I just think we need to be careful because the data doesn’t always tell you the full story," Cr Lord said.

"And I don’t think we want to demonise agriculture — that’s my bottom line."

While the Dunedin City Council’s target of net city-wide carbon neutrality by 2030 excludes biogenic methane, city council documents show agriculture is the second-largest emitting sector in the city (at 35% of gross emissions), behind only transport (at 43%).

Cr Lord said yesterday he used to produce about 2.4million litres of milk a year at the Taieri dairy farm he sold a couple of years ago.

Taieri plains dairy farms alone would have been able to provide Otago with enough milk to meet the region’s demand, he said.

The same efficiency with which the region produced milk for export should not be discounted in an emissions-reduction strategy on a global scale.

If farmers elsewhere were left to produce milk to meet a global demand, in total, the global emissions would be greater because other producers lacked Otago farmers’ efficiency, Cr Lord said.

Further, the amount of emissions Otago imported, such as those embedded in the production of cellphones, heat pumps and cars, should not be discounted when assessing Otago’s overall emissions profile.

The council had engaged a consultant to assess its organisational carbon footprint, similar to the carbon-emissions profile of the city council, she said.

But the regional council was now also going through a tendering process to appoint a firm to inventory Otago’s greenhouse gas emissions.

"[The regional council] has completed a review of the greenhouse gas emission inventorying methods, and we have consulted with Otago’s city and district authorities on how we might collaborate and share data," she said.

A draft was expected in the first half of next year.

Work to reduce the region’s carbon footprint would follow the regional assessment.

That work would occur with the city and district authorities, "some of whom already have emissions-reduction initiatives under way", she said.

In the most recent iteration of the Ministry for the Environment report "Our Atmosphere and Climate", released this month, its authors noted 48% of New Zealand’s gross emissions in 2018 came from agriculture.

Nitrous oxide made up 10% of New Zealand’s gross greenhouse gas emissions; 93% of this came from agricultural soils.

Cr Lord is clearly missing the point, the aim is to reduce gas house emissions so as to slow down climate change. It is not about demonising anybody. It is a simple choice, reduce emissions or deal with the expensive and catastrophic consequences later. You can't just use some fancy accounting to avoid your responsibilities! There is no loophole! You are only cheating yourself and everybody else on this planet now and in the future if you do not do everything in your power to protect the planet and all life upon it.