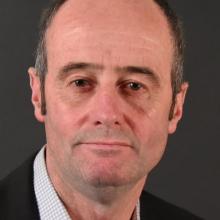 Others are concerned how businesses will fare in the coming months without it.

The multibillion-dollar scheme kept hundreds of thousands of employees in work during New Zealand’s Covid-19 lockdown this year.

Dunedin councillors had diverging views yesterday about how optimistic they should be now that businesses were operating without the subsidy.

The debate followed a report to the council’s economic development committee that described Dunedin’s economic activity as resilient, but which highlighted a wide divergence in employment trends between industries, as well as highlighting future risk, as many employers had come off wage-subsidy support in recent weeks.

Enterprise Dunedin director John Christie told the committee he expected job losses in November and December and in early 2021.

He presented a generally upbeat report, but conditions remained challenging in sectors such as hospitality and the visitor industry, he said.

Cr Jim O’Malley said the subsidy had shored up businesses through lockdown and the city "shouldn’t be expecting a wave of unemployment" to follow.

Dunedin Mayor Aaron Hawkins said some sectors of the Dunedin economy were battling, but businesses were doing a great job of adapting in challenging circumstances. 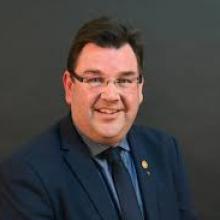 However, councillors were mindful of the continuing impact of border restrictions and economic uncertainty.

Cr Andrew Whiley said the lack of international events, conferences and visitors, and damage to the cruise ship industry, would hurt.

"We are going to really struggle," Cr Whiley said.

He urged people to open their wallets to support and "prop up" businesses.

Cr Lee Vandervis said New Zealand had dodged a bullet with its Covid response, but the country had put a mortgage on its future by taking on significant debt.

Things appeared to be "rosy", but Dunedin was tracking below the national average in such measures as business growth and population growth, he said.

Cr David Benson-Pope said it was sensible to be positive.

The council’s building consents staff were busy and the city’s retail sector seemed to be holding up.

"Thank goodness this council brushed away the demand for austerity."

Cr Chris Staynes, who chaired the meeting, said the city was diverse enough to be resilient.

"We’re probably going to come out on the better side of this."