Aaron Hawkins
The Dunedin City Council’s relationship with mana whenua has begun to heal, but division among elected representatives appears to run deep.

While Aaron Hawkins remained mayor, no serious opposition would be mounted to the city council losing control of assets as part of the Government’s Three Waters reforms, Cr Jim O’Malley said.

"He has actively blocked that in the past 12 months," Cr O’Malley said.

If Mr Hawkins looked a good chance of retaining the mayoralty this year, Cr O’Malley signalled his own run as a councillor could be drawing to a close.

Mr Hawkins said he had no comment about Cr O’Malley’s political aspirations.

The two-term councillor and infrastructure services committee chairman was on the losing end of a 7-6 vote this week reversing the council’s previous decision to join Communities 4 Local Democracy, a collective of more than 30 councils opposed to aspects of the Government’s reform programme.

Mr Hawkins led the argument that joining the group amounted to the council turning its back on mana whenua, who have ancestral links to the area.

"What is in the best interests of the city is a relationship — a strong and active relationship — between the council and mana whenua," Mr Hawkins told this week’s council meeting.

That relationship was more important than signing up with a group that had shown no interest in involving iwi in its work, he said.

"There are plenty of other ways to make our point to government that don’t require us to turn our back on mana whenua."

The council’s 8-7 vote last month to join the Three Waters advocacy group had prompted the two runanga to withdraw from the council’s Maori participation working party.

Ms Wesley said yesterday the next steps in working with the council had not been decided.

Cr O’Malley said there was an existential split among councillors.

One side talked about opposition to Three Waters reform and the other side actually provided it, he said. 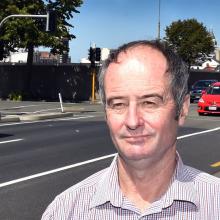 Jim O’Malley
Deputy mayor Christine Garey said councillors were generally in agreement about having strong misgivings about aspects of the Government’s reform agenda.

The question now was in what ways this should be expressed.

Mr Hawkins said there had been numerous opportunities for the council to express concern, "and we have taken all of them".

"From an advocacy point of view, we are once again in control of our own destiny, rather than being bound by the decisions of others."

When the reforms bed in, four regional water services entities are expected to take over control of infrastructure previously run by councils.

Iwi would have a governance role.

Mr Hawkins said his most serious concern was the connection between water reform and resource management reform.

"We need to make sure we're able to plan our city's future development in a sustainable way," Mr Hawkins said.

Cr David Benson-Pope was also concerned about this.

Submissions about such things as city planning potentially being compromised by decisions made from outside the region could easily be agreed and forwarded to government, he said.

Communities 4 Local Democracy chairwoman and Manawatu Mayor Helen Worboys said the group of 31 councils was driven by the need to push for positive changes.

"We’re all about empowering local communities and mana whenua through systems that respect local knowledge and iwi and hapu rohe, rather than forcing everyone into an imported ‘one size fits all’ model," Mrs Worboys said.

"We thank Dunedin City Council for its contribution during its short membership of Communities 4 Local Democracy — He hapori mo te Manapori."

An unscientific poll of Otago Daily Times readers found 71.74% of respondents thought the council was wrong to pull out of Communities 4 Local Democracy, while 28.26% thought it had done the right thing. 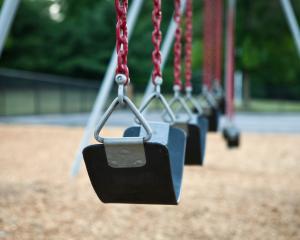