However, Mr Cull and council civic and legal manager Kristy Rusher defended the council paying the legal fees, which so far added up to just over $36,000.

The Local Government Act said councils should cover legal costs of elected members facing civil proceedings when they were acting in good faith and in carrying out the responsibilities or powers of their role, Ms Rusher said. 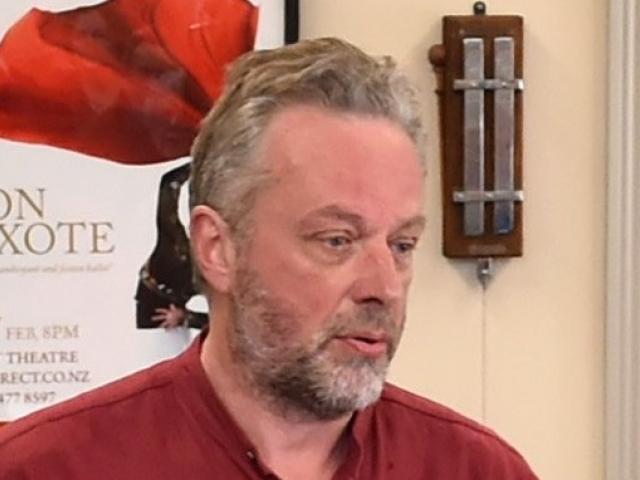 Lee Vandervis.
Both Ms Rusher and Mr Cull said Cr Vandervis should have been aware of this when he launched the legal action.

The rule did not apply to elected members who started a case against someone else.

The comments come after the High Court in Christchurch provided the Otago Daily Times with a copy of Mr Cull's statement of defence against Cr Vandervis' claim he defamed him by calling him a liar at a meeting last year.

Cr Vandervis, who is seeking damages of $500,000, did not want to comment in detail on Mr Cull's defence that the comments were covered by privilege, only saying it was ''absurd''.

However, he was critical of the council paying for Mr Cull's legal costs, which included paying for Dunedin lawyers and advice from specialist defamation QC Daniel McLellan, who is based in Auckland.

''Obviously if one side is paying their own bills and the other side isn't, it's a fairly appallingly unjust situation.''

He remained confident he would win the case, saying what Mr Cull said was ''plain as the nose on your face defamation''.

He questioned why ratepayers were footing the bill this time when Mr Cull paid for his own legal fees when he was found to have breached the council's code of conduct after calling Cr Vandervis ''shonky'' ahead of 2013 local body elections.

Mr Cull's statement of defence denies the comments at the meeting were malicious and motivated predominantly by ill will.

It goes on to say the comments were not defamation because they were protected by privilege, having been made at a council meeting.

The defamation claim followed a heated exchange during a Dunedin City Council meeting last year, when Cr Vandervis claimed to have paid a backhander to secure a council contract in the 1980s.

He was labelled ''a liar'' by Mr Cull and ejected from the meeting after suggesting he had given Mr Cull ''personal evidence'' to back his claim.

Mr Cull said Parliament had decided it was fair for elected members to be reimbursed for the costs of defending civil cases like this.

''The same reimbursement would be available to Cr Vandervis or any other elected member if they were defending a claim.

''Cr Vandervis should have been fully aware of this when he lodged his claim,'' he said.