4 Comments
Dunedin’s waterfront development project is on hold while the city weathers the economic impact of the Covid-19 pandemic lockdown.

In a statement tonight, Dunedin Mayor Aaron Hawkins said the decision – confirmed by councillors during the non-public part of a Dunedin City Council meeting yesterday - means the council will withdraw from the Government's Provincial Growth Fund (PGF) process for now.

“The waterfront vision was one of a number of transformational projects the council has been working to progress. What sets it apart from things like the Central City Plan is that it was always seen as public funding that would drive significant private investment, Mr Hawkins said.

“In the current economic climate those odds have gotten far longer, so we’re going to push pause on this until the economy improves.” 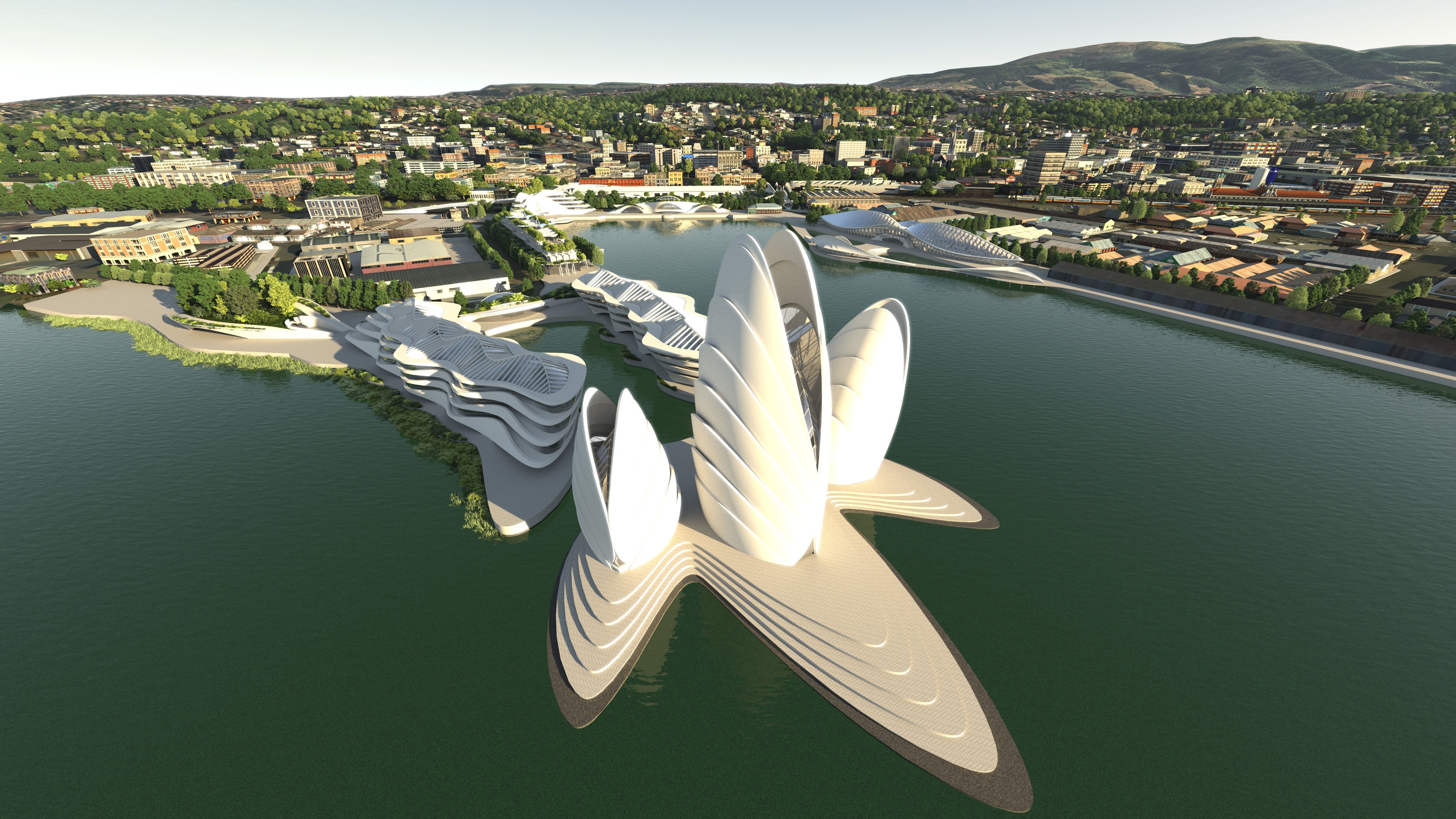 Architecture Van Brandenburg's proposal for development of the Steamer Basin area. Image: Animation Research
On October 30 last year, the city was awarded $19.9 million from the fund to help pay for the first stage of transformation work on Dunedin’s waterfront.

The conditional funding agreement was to pay for groundworks, building platforms, public realm treatments and sea wall upgrades needed for the project, but the details of the agreement were still being finalised when the Covid-19 lockdown came into force.

Mr Hawkins said the economic impact of Covid-19 means the council has decided to delay the project, but stressed the vision for the waterfront remained.

“I’d also like to acknowledge the huge effort our staff have invested in this project in recent years, in particular Nicola Pinfold, who has worked tirelessly to align to ambitions of the various stakeholders involved.”

The Government has been advised that the Dunedin City Council would seek to re-engage with the PGF process in the future. For now, the council will  continue to progress design and consenting processes as far as is practicable while avoiding unnecessary cost.

The aim would be to ensure further delays could be avoided when the project and associated development might continue.

The decision to withdraw from PGF also means work on the waterfront bridge has been put on hold, pending a report to council on the future of the project.

This was going to be another anchor to hang around ratepayers' necks, along with the Chinese garden, the stadium, the "teeth" sculpture, the art gallery and a host of other debts we are STILL paying for that will NEVER pay for themselves or come close to breaking even.

But hey, I suppose that means more of our money can now be wasted on more idiotic painted road dots!

This project was years way in any event - why give up trying to put it together, working towards the future? Is there a time limit on the PGF funding?

A semi-sensible decision from a not very sensible council. Even better would be to scrap this monstrosity and start again with something Dunedin actually wants.

Just like many PGF proposals around the country.....this one too would have recieved a 'Dear John' from Shane....
DCC will neither confirn nor deny, my money is on a 'Dear Hawkins' letter stating the project isn't going to move fast enough, so it'll get zip in the future.
As great as it was, Dunedin, as a city, wasn't ready for such a huge undertaking anyway.