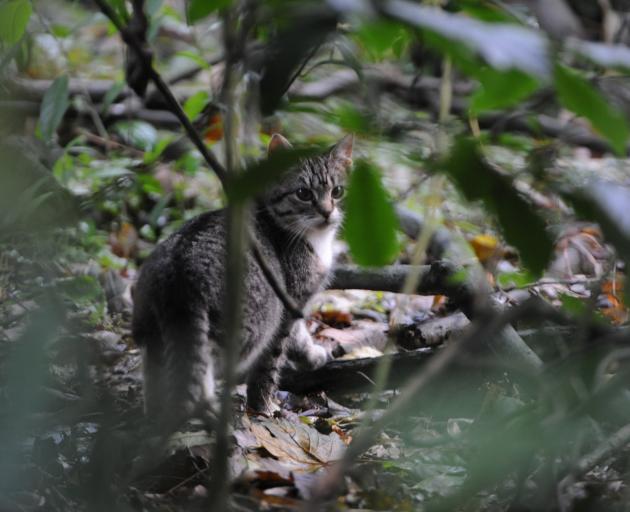 Controls to help lower the rates of feral and stray cats are being discussed in Dunedin again. PHOTO: STEPHEN JAQUIERY
The "c" word is once again being discussed after the Dunedin City Council was urged to introduce regulations for cat owners.

Dunedin Forest and Bird co-chairwoman Kimberly Collins said without central government regulation, the council was not able to introduce bylaws to mandate microchipping of cats and other measures to control their population.

However, there was still work the council and other organisations could do to address the issue.

The group hoped to secure funding to promote and provide affordable microchipping and desexing services to owners.

They would meet again in a few weeks to continue the discussion.

Ms Collins described the meeting as a forum to bring the skills of the organisations together, so they could work towards encouraging responsible ownership.

"This is the first step in controlling the cat population within the city," she said.

In a submission to the council last month, Predator Free Dunedin project manager Rhys Millar asked that it made desexing and microchipping cats mandatory.

The group also wanted to introduce rules requiring residents to limit the number of cats per property and regulate the feeding of stray cat colonies.

In response to the submission Cr Steve Walker said the cat numbers were an ongoing issue.

"I’m glad you were brave enough in your submission to raise the ‘c’ word."

Both Predator Free Dunedin and Dunedin SPCA have said there were many cat colonies in the city and Northeast Valley was a problem area.