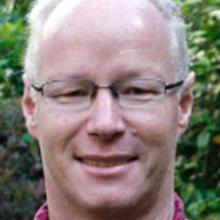 This comes as Second Generation Dunedin City District Plan (2GP) commissioners are set to hear arguments next week about a new set of rules aimed at protecting the city’s heritage buildings.

The University of Otago is also among submitters to have expressed concern about rules,  planner and policy adviser Murray Brass saying they had the potential to  reduce protection by making it more difficult to maintain and use heritage buildings.

A summary on the 2GP website said the changes included addressing the threat of "demolition by neglect" by making it easier to put old buildings to new uses and requiring resource consent for most changes to identified heritage buildings and "character-contributing" buildings within defined heritage precincts.

The new rules have prompted a strong response, with 448 of the 613 original submissions on the topic either seeking amendments or opposing the provisions and 159 supporting them.

Property Council director of policy and advocacy Alex Voutratzis said in the group’s written submission the council needed to be more realistic about what buildings could be saved and what buildings should be protected.

Unrealistic expectations could result in large areas of "deserted earthquake-prone buildings that decay through abandonment and neglect".

At one end of the scale were significant public buildings which should be protected, while at the other were buildings that were "not significant when constructed, but which may reflect their era".

Some of the city’s many unreinforced masonry buildings fitted into the latter category.

"These buildings tend to be in private ownership and, from an economic perspective, do not warrant major expenditure on upgrading — as upgrading a period building typically costs more than demolition and replacement.

"Property owners should be allowed to demolish their buildings and develop replacement building stock that better meets the demands of the market."

Mr Brass said the university was "generally supportive" of the approach to heritage buildings in the 2GP, but the wording of many provisions could be interpreted in a way which was "overly restrictive.

"This regime has the potential to actually reduce protection, by making it more difficult to maintain and use heritage buildings.

"It also fails to recognise the fact that in the long-term much heritage protection is dependent on positive action by landowners, while restrictive controls can do little to avoid ‘demolition by neglect’."

Council planner Emma Christmas did not recommend any significant changes as a result of either the university or the Property Council’s  written submissions, but can choose to do so after they speak at the hearings.

The 2GP hearings panel has the final say on what makes the plan.

Other submitters seeking amendments to the provisions wanted changes to the areas defined as heritage precincts.

As a result, it was recommended two additional precincts  be added to the plan — a commercial precinct in lower Stafford St and a residential precinct covering the Windle Historic Area (Rosebery St), which includes the first 20 houses built in Dunedin under the Workers’ Dwellings Act 1905.

The criticism of the plan comes after praise in recent times for the council  for its proactive approach towards saving the city’s heritage buildings.