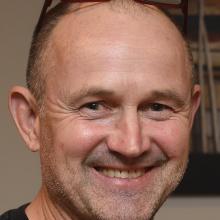 Steve Walker
A former cabinet minister and a community board chairman will run as Labour Party candidates at the local body elections later this year.

Former Labour cabinet minister Marian Hobbs has been selected as the party's candidate to contest the Otago Regional Council elections in the Dunedin ward.

West Harbour Community Board chairman and 2016 council candidate Steve Walker has been selected as Labour's candidate to contest the Dunedin City Council elections.

Both candidates were selected by the party's Dunedin North and Dunedin South electorate committees at the weekend.

Ms Hobbs said she had previously considered standing for the regional council, but for personal reasons had put it off until now. 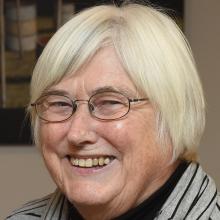 Marian Hobbs
While standing under the Labour banner was about letting voters know what her values were, Ms Hobbs, a former minister for the environment, was adamant she would be an independent voice on the council.

"The current Minister for the Environment and I don't see eye to eye on a few things so there's no danger there.''

Mr Walker said there would be very little difference between his 2016 election campaign and this year's, except people would know exactly where his values lay.

"Many of my values and visions for a better Dunedin and/or New Zealand are central to what Labour aspires to be, which is leading the way in progressive social change.''

In many ways it was far more transparent to declare political allegiances than keep them from potential voters, he said.

The party had also planned to stand a candidate in the election for the Otago ward of the Southern District Health Board, but no-one came forward, Southern Labour chairwoman Ruth Chapman said.

Yes, there's 'danger there'. Marian arguing with the Greens. That such argument should be potentially brooked.