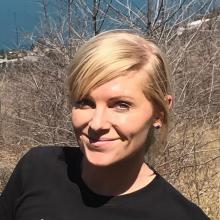 Hilary Lennox
Too many questions remain about how a proposed landfill near Dunedin Airport can deal with birds for the project to safely go ahead, the regional council’s consultant says.

It was her second time at the hearing.

Unconvinced by the Dunedin City Council’s expert witnesses, she again said the city council’s application for a Smooth Hill landfill should be declined.

Because of the airport’s importance as major infrastructure, regional council plans say new projects for the area should not have a significant negative effect on its operations.

And before hearings began, Ms Lennox raised concerns about the significant risk birds attracted to a landfill could have on the safety of the airport’s operations just 4.5km away.

After the city council outlined its plans to reduce that risk during the hearing last week, Ms Lennox remained unconvinced.

Concerns raised by others during the hearing around the complexity of the proposed landfill’s bird management plan, time delays in effectively boosting the landfill’s response to birds on site, how to ensure the bird plan would be implemented over the entire 35-year consent period sought, and the potential conflict for a landfill operator to report bird sightings that could result in landfill operations stopping were all raised in her report.

Plans were unclear for a proposed culling of black-backed gulls at nearby breeding grounds, and at Dunedin’s present landfill at Green Island, home to around 3000 of the largest of the local gull species.

However, Ms Lennox said further that it was hard to see how the city council’s plan for birds at the site itself would be put into practice.

It was difficult for her to write her report because there was still a lot that was unknown in terms of what the council would offer to do to lessen the risk they presented, she said.

Despite plans to ask all Dunedin residents to separate food waste when they put out rubbish for collection, the city council last week said eliminating all organic material from the waste going into the site would be impossible.

The city council argued instead that limiting that potential attractant for birds to 10%, and later 5%, of the waste entering the site would be possible and would be enough.

However, Ms Lennox said it was unclear, first how the city council intended to cut that waste out of the waste stream, and then, where it would go instead.

In another example, she noted that due to submitters’ fears around the lethal control of birds at the proposed landfill, the city council’s expert clarified only black-backed gulls would be shot.

But mana whenua submitters on Monday this week confirmed all native species were deemed to be important and killing the native black-backed gulls should be avoided.

Further, Ms Lennox said if birds that could not be shot, such as legally protected red-billed gulls came to the landfill, netting or wiring should be installed and all attractants removed from the site.

Again, how that would work was not outlined in the proposed consent conditions, she said.

After hearing submissions, largely against the proposal, for around seven hours on Monday, commissioners heard the last of the submissions yesterday morning.

The city council is scheduled to reply to concerns raised today.

This idea should never have been given air time. It really is time to vote this council out.

In a developed country the consideration of a landfill for waste disposal is archaic. What can’t be recycled should be converted into energy. Properly managed (which is probably a big ask when DCC and ORC are involved) the intrusion of birds could be minimised through carful design. The consultant has got it right and DCC’s application should be declined.