Dunedin Mayor Aaron Hawkins has reiterated his claims of racism on the part of the Communities 4 Local Democracy Three Waters advocacy group. 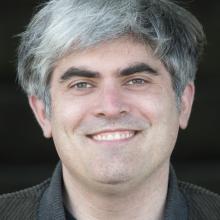 The Dunedin City Council narrowly voted to join the group in a meeting on Tuesday, the mayor heading up the unsuccessful opposition to the move.

In a statement yesterday, he said he was appalled by the racist and misogynistic attitudes of some of the opposition to the Three Waters reform programme.

"Some of our new colleagues in Communities 4 Local Democracy have been among the worst offenders, and I have raised those concerns at meetings with them.

"The fact that they are able to sit around that table so comfortably is a key reason why I opposed joining."

The more extreme elements made it more difficult for those with genuine concerns to be heard, "because we all end up getting lumped in together".

"It isn’t enough not to be racist. We need to be anti-racist."

Since the meeting, he had been in touch with local runanga leaders who were disappointed in the council’s decision.

Cr Andrew Whiley, who introduced the motion for the council to join Communities 4 Local Democracy, said he was not happy with some of the arguments used by his council colleagues in arguing against joining the group.

"I thought it was unprofessional and actually quite sad that they went that low to try and discredit the organisation."

He was disappointed with some of the conversation about race, as well as other comments that disrespected other councils around the country, he said.

The group was made up of a diverse range of councils throughout the country which were likely to have a variety of different views, and the key thing was to find a common voice through consensus, Cr Whiley said.

"I actually think we can bring some really strong thought and thinking to that voice, we will be a great addition.

"If there are some radical voices in there we can moderate that and actually help educate them."

Cr Lee Vandervis said his comments at Tuesday’s council meeting had been taken out of context, and he was primarily concerned with "the billion dollar-plus asset grab that is being undertaken, with force, by MP [Minister of Local Government Nanaia] Mahuta and her government."

In a post on social media yesterday, Cr Vandervis reiterated his claim that Ngai Tahu would gain ownership of Three Waters assets under the proposed reforms, which were "all about power and control by iwi".

Ngai Tahu freshwater group Te Kura Taka Pini chief executive Gabrielle Huria said in a statement yesterday iwi ownership or co-ownership was not part of the proposed reforms or legislation, nor was it something that was being sought by Ngai Tahu.

"In fact, Ngai Tahu being part of the governance of the new entities is a guarantee against privatisation."

Water assets would be collectively owned by councils under the proposals.