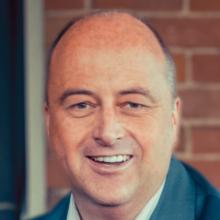 Barry Timmings
Two Dunedin mayoral candidates feel they have been unfairly excluded from a forum for council candidates, but organisers say they will not change their decision.

The Mosgiel Rotary Club has organised the forum for Thursday evening, and 29 of 43 council candidates have indicated they will attend.

That included seven who were running for both the mayoralty and the council.

But Barry Timmings and Athol Bayne, who are running for the mayoralty only, were not invited.

Mr Timmings said he had been keeping an eye on council candidate meetings, and discovered there were some he had not been invited to.

He discussed the matter with organisers of other events and was permitted to attend.

That included meetings in South Dunedin and Opoho. 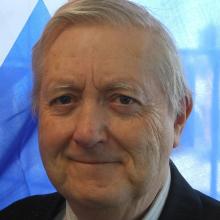 Athol Bayne
The organisers of the Mosgiel forum, however, decided not to allow him to speak at the meeting.

Mr Timmings accepted he was already getting plenty of chances to put his ideas across at mayoral forums, but said so did the nine candidates running for both mayor and council.

Some of those people would be at the Mosgiel meeting, but the audience would not get ``the full picture''.

Mosgiel mayoral candidate Athol Bayne said he, too, had not been invited to the meeting.

``I think they need to revisit that.''

He would ``definitely'' like to go to the meeting.

Rotary club president Irene Mosley said the issue was ``a tricky one''.

``The reasoning behind it was we specifically called it a DCC candidate debate, a councillor debate.

``We felt that in a way he [Mr Timmings] made the decision only to stand for the mayoralty, not for the council.

``It wasn't fair on all the other people who decided to put their hand up for both roles, to allow someone who is only standing for mayor to come to a candidates debate.''

Organisers had discussed the matter ``at length'', and took time to make a decision.

``That was the final answer, and I stand by that as president of our club.

Mr Timmings was told he was welcome to attend as a member of the audience and to stay for tea and coffee afterwards, to get to know the locals.