Nine percent of all applications received by the council are not meeting the statutory requirement of being processed within 20 working days.

With as many as 3000 resource consent applications expected by the end of the year, this could represent as many as 270 consents being processed late.

This was a drop from the last few years when 98% or 99% of consents were meeting the deadline.

‘‘Unfortunately, the continuing demand does mean delays may get worse before they get better, so we ask those waiting on a consent, or an inspection, to please be patient while we work through this.’’

Otago Master Builders president Hayden Davies said it was hard to comment on the timeliness of consents because of the way the council measured the time.

‘‘Often, when we’re presented with those figures, there’s usually a justification of how they comply.

‘‘I would say the general consensus would be that timeframes are stretched, and if they are being met it’s through some technicalities of being able to make it appear like they meet [them].’’

Figures released by the council show the average processing time for a consent is 15 working days, compared with the council’s own target of a 10-day turnaround. 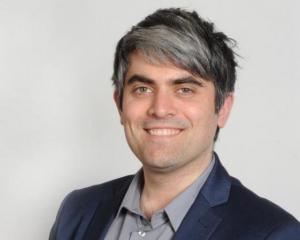 I wonder if the DCC would accept my rates payment being late due to overwhelming demand on my wages? I suggest that 20 working days extra should be enough.