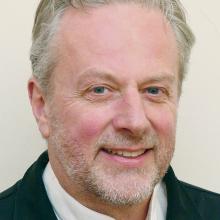 Lee Vandervis
Dunedin city councillor Lee Vandervis is remaining tight-lipped over a possible judicial review of the decision to censure him, despite telling colleagues he has "good grounds" to pursue one.

Councillors at Tuesday’s full council meeting voted 13-0 to censure Cr Vandervis, after an investigation concluded he had been "loud, aggressive and intimidating" towards a Dunedin City Council staff member.

Cr Vandervis has continued to dispute the investigation’s findings, saying the complaint was "trumped-up" and politically motivated.

He also told Tuesday’s meeting his legal adviser, Len Andersen QC, had "advised me that I have good grounds for applying for a judicial review of any adverse decision made by the council".

That was because of "the failure of the investigator to adhere to the basic principles of natural justice".

It was a view rejected by council legal representative Michael Garbett, who was "satisfied that the process has been fair and consistent with the code of conduct".

Cr Vandervis did not respond to a request for comment yesterday and neither did Mr Andersen.

Council chief executive Sue Bidrose said she had seen "no sign" of a judicial review since the meeting.

The incident occurred on September 13 when Cr Vandervis spoke to a staff member at the customer services desk.

The report by independent investigator David Benham concluded he was in breach of the code of conduct on three counts.

Legal representatives for Cr Vandervis had raised "a number of procedural issues" after the investigation was completed, the report said.

That included that the "principles of natural justice" had not been adhered to, as Cr Vandervis had not received copies of the staff member’s complaint, or her name, and was unable to "correct or contradict" details he felt were incorrect.

Cr Vandervis had engaged with Mr Benham on the understanding it was an initial discussion, to be followed by a more detailed defence once details of the complaint were received, his representative claimed.

That was despite Cr Vandervis already having been told, by email, that the initial investigation was over, that it had concluded there was a material case for the complaint, and that a full investigation was under way, the report said.

The representative also suggested the complaint against Cr Vandervis might be in retaliation for him having complained to Dr Bidrose about the staff member days after the incident, but that was also rejected.

Cr Vandervis’ representative also claimed his privacy had been breached, and his election campaign compromised, when details were leaked to the media.

It's great how he launches proceedings that save ratepayers' money.

Good old Lee. What a guy!

Poor guy the entire council staff, the ODT and a large portion of the are involved in organized conspiracy against him!
A double layered tinfoil hat needs be issued asap!

The DCC needs to be held accountable for everything they do. Somebody needs to start a Go Fund Me page to offset the legal costs that Vandervis will incur pursuing this! DCC thinks they are above the law...I hope Vanvervis shows them they are not!

Yes, and a certain Hillary also raised more than her fair share of 'issues' within council on behalf of the ratepayers, and look how she was treated. It seems to me only those who jump to attention and remain silent survive. If not, every angle is levered until you're 'unseated'. Meanwhile, the costs and debts continue to mount up, and heaven forbid those who ask questions. Lee is also one of those outspoken voices, critical of things he see's as incorrect. Without these sorts of people we would have little idea of what goes on with our money behind closed doors.

Vandervis can not read a parking meter and turns it into a dilemma.

Well you certainly know who your friends are, even more so when Lee went into bat for some on this 'council'.
If I was Lee I would now be leaning towards a judicial review.

Yep can't read a parking meter and creates a issue from it. WOW what a great guy! Saving the city mega bucks.