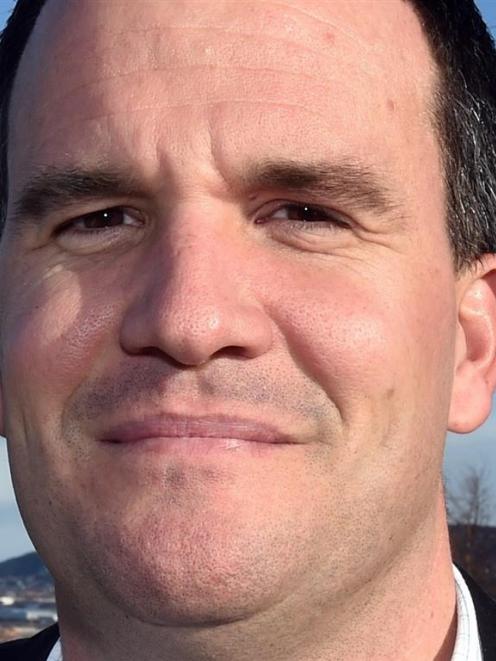 Richard Saunders.
Up to 13 jobs will be cut from Dunedin City Council-owned company Delta after it lost part of its parks maintenance contract.

The confirmation from Delta up to 13 of its green-space positions could be lost comes after the council confirmed it had split the city's parks maintenance contract in half.

The new arrangement, which comes into force in July, has resulted in Delta covering the northern half of the city and City Care taking the southern half after a competitive tendering process.

Previously, the contract was carried out by Delta and Asplundh.

Delta environmental services general manager Richard King said in a statement the change meant it would no longer be providing green-space services across the whole city.

"In response to the reduced volume of work in Dunedin, we have begun a consultation process with our Dunedin green-space team on a restructure proposal with a potential reduction of up to 13 Dunedin-based green-space positions.

"We will be supporting our colleagues through this process.''

However, the company was pleased to have been selected as the preferred contractor for the northern part of the city.

"The win will see us proudly continue to provide services, as we have for many years, that beautify public spaces and delight visitors and the local community.''

The job losses at Delta are the latest in a series of setbacks for the infrastructure company, which has resulted in it shedding almost 150 jobs since 2012.

City Care declined to respond to questions from the ODT yesterday, but an advertisement in Saturday's paper said it was looking for park maintenance staff and was seeking mower operators, gardeners, litter collectors, park labourers and turf specialists.

Council parks, recreation and aquatics group manager Richard Saunders said the two contracts were worth between $2.5million and $3million a year.

The initial term of each contract was five years, but the final term could vary between three and eight years depending on performance.

"Both contracts are subject to a rigorous monthly reporting and an independent audit programme to ensure the quality of delivery is maintained.''

Delta and City Care were chosen as the preferred contractors after a "robust'' tender process, which involved four contractors tendering for work.

"Both are experienced in green-space maintenance and we are very confident they will deliver a great service ...''