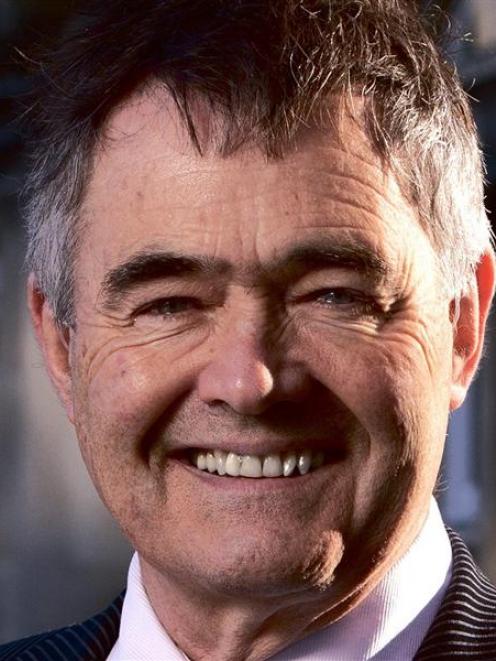 Mr Cull was commenting on the findings of the Office of the Auditor-general, which yesterday released its report into Delta's property investments, after more than a year's work.

Auditor-general Lyn Provost gave Delta credit for approaching the investments cautiously and carefully, and for avoiding conflicts of interest, but detailed a list of failings that contributed to the losses.

That included Delta's failure to adequately assess risks associated with the investments, or take appropriate advice, even when asked to, and breaches of the Local Government Act and Companies Act.

It was also criticised for its involvement in creating a new company designed to thwart proper public scrutiny of its Luggate investment.

Delta's parent company Dunedin City Holdings Ltd failed to provide proper oversight, due to the shared membership of both companies' boards at the time.

The council's inadequate governance role was criticised for pushing its companies to maximise dividends to help pay for Forsyth Barr Stadium, which led to riskier investment decisions.

The investment in Luggate had proven to be ''a mistake'', while that in Jacks Point was flawed in hindsight, and both proved to be ''expensive lessons'', Ms Provost said.

''We consider that there are lessons to be learned for all involved,'' Ms Provost said.

The report cleared Delta and its directors of any impropriety or conflicts of interest, and made no recommendations for changes to any party.

That was largely due to the work already undertaken by the council to restructure the governance arrangements of its companies since the completion of an independent review by Warren Larsen in 2011.

That included separating the membership of the DCHL board from its subsidiary companies, and appointing a new council group chief financial officer, Grant McKenzie, to improve oversight.

Mr Cull, addressing media yesterday, said the Auditor-general's report - and lack of recommendations - showed the changes had been effective.

However, the council ''clearly'' had to share the blame for what had transpired, which was ''a very unsatisfactory state of affairs''.

''The council demanded dividends but wasn't prepared to take responsibility for the risk entailed in achieving them,'' Mr Cull said.

Council chief executive Dr Sue Bidrose insisted the council had turned a corner since then, but Delta's losses had nevertheless fuelled the need for cost-cutting within the council.

''It has contributed to our requirement for belt-tightening which has gone on over the last three years. It's certainly not made it any easier,'' Dr Bidrose said.

DCHL chairman Graham Crombie said it was ''pleasing'' many of Delta's processes had been deemed appropriate ''and some of the rumours out there were not true''.

Those steps included removing director Mike Coburn from the investment process because of a perceived conflict of interest, which robbed the company of much-needed experience in property investment, Ms Provost's report said.

Mr Crombie said Delta now had a better understanding of the need to focus on less risky business that did not tie up cash, as property investments did.

It had been made clear to the company the days of creating new companies to avoid transparency were over, Mr Crombie said.

Dr Bidrose said she had attended DCHL's last board meeting, and reiterated a need for transparency and clear communication with the council and ratepayers.

''We are making stern efforts, right across the board, to be open and transparent with the people that pay the bills.''

The report was welcomed by Delta chairman Dr Ian Parton, who said in a statement he was ''pleased'' the findings included that directors approached the investments ''cautiously'' and made ''careful, well-supported decisions with appropriate governance and oversight''.

Cr Lee Vandervis - who, separately from Mr Cull, also complained to the Auditor-general about the investments - criticised the report.

He said it identified those responsible for the flawed investments, and some of their questionable practices, ''but then fails to deliver the necessary basket of rolled heads''.

Auditor-general's key points
- Delta cleared of impropriety or conflicts, but failed to adequately assess risks, or take appropriate advice, in some cases.
- Also breached Local Government Act and Companies Act.
- Dunedin City Holdings Ltd failed to provide proper oversight.
- Dunedin City Council pushed companies for more dividends; failed in governance on investment risks.
- Deals to cost Delta between $6.4 million and $8.7 million.
- No recommendations made, but ''lessons to be learned for all''.