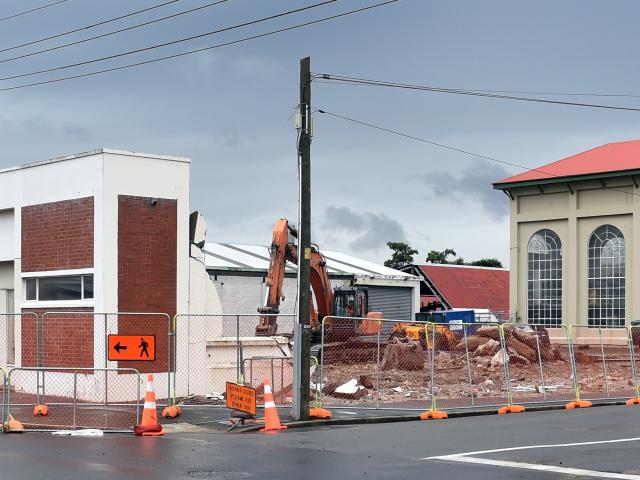 Demolition is almost complete of two earthquake non-compliant buildings owned by Delta, which will use the land to store plant and equipment.

Delta has been dealt another blow, losing its multimillion-dollar contract to run the Green Island Landfill and transfer station.
A Delta truck that had not fully lowered its mounted crane took out overhead power and phone lines in Corstorphine, Dunedin, yesterday.

Delta is confident of being paid a ''significant portion'' of a potential bad debt, worth millions of dollars, Dunedin City Holdings Ltd chairman Graham Crombie says.

Dunedin City Council-owned company Delta has picked up a $22 million Christchurch City Council contract - a move hailed as good news for ratepayers in both cities.

The Dunedin City Council must share the blame for multimillion-dollar losses incurred by Delta from its failed property investments at Jacks Point and Luggate, Mayor Dave Cull says.

Delta infrastructure company has been making some changes to improve Dunedin's electricity network. The work is part of a $20 million upgrade of the Aurora Energy network in Dunedin to replace cables installed in the 1960s.
Infrastructure company Delta is planning another mass auction of vehicles and equipment as it moves to wind up its civil construction arm.

Infrastructure company Delta is again wielding the axe, with plans to cut an entire division's 77 jobs in Dunedin and other southern centres.

Expressions of confidence in Delta's senior management have not stopped calls for a fresh inquiry into the company's troubled expansion drive.

A Dunedin city councillor says the Dunedin City Council isn't doing enough to support local businesses, as one of its own companies - Delta - prepares to axe another 77 jobs.

Two jobs have been saved, but 38 will still go after infrastructure company Delta yesterday confirmed the details of redundancies within its Dunedin operation.
The jetsam of Delta's unsuccessful expansion drive are washing up online, as the company sells off the remains of its failed Christchurch civil construction business.

Criticism that Dunedin Mayor Dave Cull and the city council and Delta chief executive Grady Cameron have not been taking responsibility for issues in council-owned companies and Delta is unfair, Cr Richard Thomson writes.

Russell Garbutt outlines the ''sorry'' tale of Dunedin City Council-owned company Delta as he sees it.

Embattled Dunedin City Council-owned company Delta Utilities has taken another hit, and this time from its own parent.