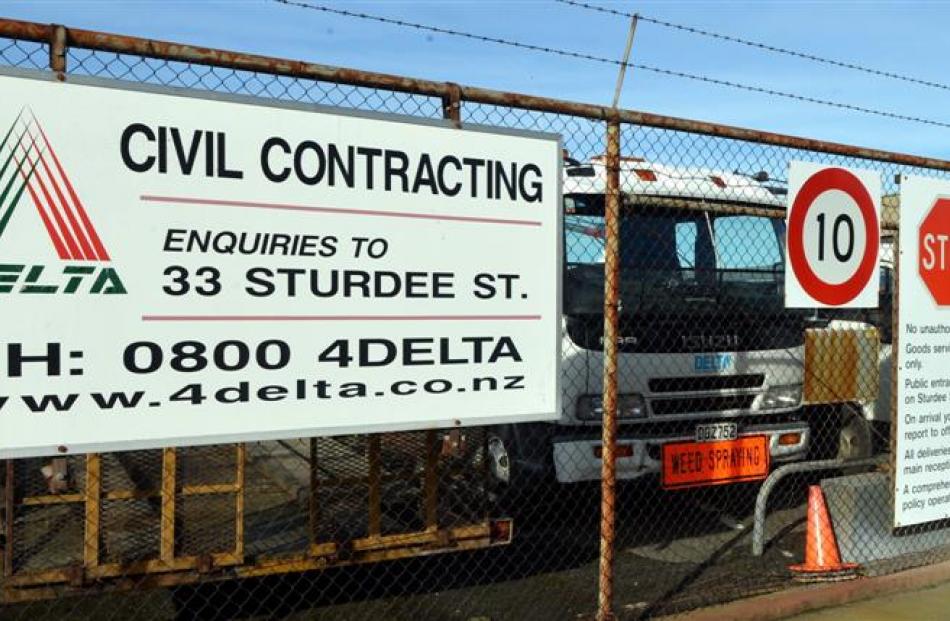 Russell Garbutt outlines the ''sorry'' tale of Dunedin City Council-owned company Delta as he sees it.

The sorry and inevitable story of Delta continues to what union spokesmen have described as a ''long, drawn-out death'', with owners of the company, governance of the company and management of the company all disclaiming any responsibility or accountability for the loss of business and consequent loss of jobs.

But it isn't as though this position has not been able to be foretold with some accuracy by interested observers.

The basic concept of a business activity supplying professional services to the wider community and supplying profits from that business operation to its overall owner - in this case, the Dunedin City Council - is sound.

But it requires strong and wise governance to strike the right balance between risky entrepreneurial activities and conservative growth. Most importantly, the governance of such an activity requires some basic business sense.

Many would say, including those recently advised of the loss of their jobs, that for many years this basic governance requirement has been sorely lacking.

The first hints of a flawed model came when the council set down the level of dividends it was demanding from Dunedin City Holdings Ltd - which oversees Delta - to help finance the building of the stadium. Most readers understand dividends can only come from profits.

If a business runs at a loss it cannot produce a profit and consequently can't distribute that profit.

But as was pointed out to the council during many annual plan hearings, the council decided a year or so in advance exactly what the level of dividend was to be and, most importantly, knew that to produce this dividend DCHL had to borrow.

It is hard to agree to borrowing to produce a dividend.

But that is exactly what the situation was.

Incredible as it seems, the chairman of DCHL at the time was also a senior councillor and in these positions must have known exactly what the position was.

Many of the other board members at that time professed to have high levels of business expertise, but it is hard for any observer to see any obvious application of that expertise or wisdom.

During this period, Delta chose to become involved in speculative land purchases in Luggate and near Queenstown with many eyebrows being raised when it was pointed out there were some commonalities of people or interests between the private development and the governance of Delta.

The end result was Delta was forced to acknowledge a multimillion-dollar write-down in the value of this land, thus incurring significant losses and further inability to meet dividend demands.

Over many years, Delta became involved in commercial sponsorship with the Otago Rugby Football Union or the Highlanders professional rugby franchise, with all details of the degree of this sponsorship withheld from ratepayers on the grounds of commercial sensitivity.

This spending of money, including corporate boxes at the new stadium, continued with recently revealed details of more than 50 Delta employees receiving remuneration packages of more than $100,000 a year.

The obvious result of this spending inevitably results in overheads in the business rising and as a direct consequence the ability to win contracts is reduced.

It was no longer in the interests of the ratepayer to contract a council-owned company.

The Central Otago District Council arrived at the same decision for the same reasons.

After a very public spat between the Mayor, Dave Cull, and the chairman of DCHL, Cr Paul Hudson, the governance structure of DCHL and its council companies was reviewed and the board replaced, but it seems not enough has happened in the meantime to correct the culture within Delta to force the business to change its ways.

It seems the Office of the Auditor-general - which oversees audits of the DCC and its companies - has been slow or unwilling to acknowledge its role in ensuring the council was operating in a prudent and conservative manner, as required by the Local Government Act, and it seems it is taking an inordinate amount of time to investigate the land deals, as requested by the current council.

The office has also declined to investigate the Carisbrook purchases, which seems strange bearing in mind the actions taken and decisions made by councillors and council staff revealed last week in the release of all pertinent papers.

These decisions resulted in at least a $3.4 million loss for ratepayers.

The end result seems to be:The governance structure of council companies is not yet delivering a culture change sufficient to ensure the companies can operate efficiently and profitably.

The management of Delta has not realised it cannot operate in a competitive market by failing to control costs. There appears to be an unwillingness to hold those given responsibility and high salaries to account for their actions.

The Office of the Auditor-general seems to be totally ineffective in acting quickly to protect the interests of those it was set up to protect.

While those in responsible positions appear to be completely unaffected, the long list of sacked Delta employees and the long-suffering ratepayers are testament to a sorry tale in this city's history.

• Russell Garbutt is a long-time critic of the city council and council funding of Forsyth Barr Stadium.