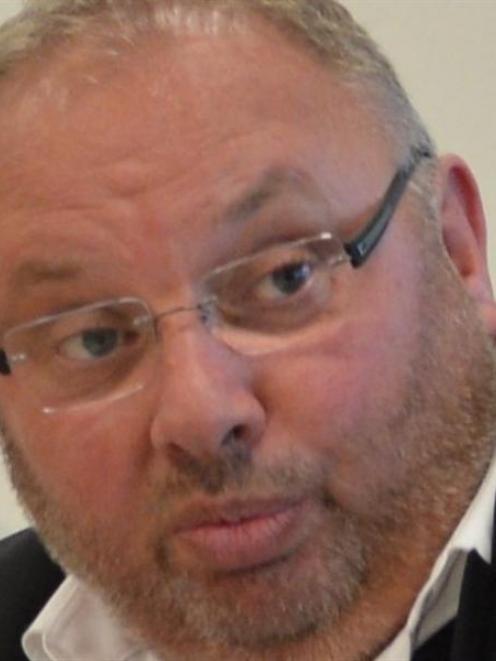 Mr Crombie was commenting after Cr Lee Vandervis said at a Dunedin City Council meeting on Monday the Noble Village subdivision in Christchurch was set to cost Delta a lot of money.

Mr Crombie told the Otago Daily Times DCHL had kept the council briefed for two years on the delay in payment for infrastructure work Delta carried out for the Yaldhurst subdivision through its defunct Christchurch-based civil construction arm, which was shut in 2013.

The subdivision was ''basically all ready to go'', but there had been delays because of access disputes and other issues.

Delta was a secured creditor and was confident of retrieving a ''significant portion'' of the potential bad debt, worth millions of dollars, which partly comprised penalty interest.

Mr Crombie said the situation should not be compared with Delta's costly failed property investment at Jacks Point, near Queenstown, which was the subject of an investigation by the Office of the Auditor-general.

''It's a potential bad debt as opposed to a property development,'' he said.

Noble Investments Ltd sole director Gordon Stewart, of Wellington, could not be reached for comment.

At Monday's council meeting Cr Vandervis accused the council of not telling the public about the ''next property development debacle''.

Dunedin Mayor Dave Cull said the matter was not in the public domain, and Cr Vandervis should not have been talking about it at the meeting.

He said Cr Vandervis could have attended briefings about Noble Village but had not.

Councillors had been discussing an upcoming closed-door workshop with chief executives of the council-owned companies about their statements of intent.

Cr Vandervis said closed door sessions meant the discussion could not be shared with the public.

After Jacks Point, people were asking what was being done to avert a similar outcome in the Noble subdivision, Cr Vandervis said.

Cr Richard Thomson said Cr Vandervis had raised the matter in his ''usual reckless way'', which prompted a point of order from Cr Vandervis.

Cr Vandervis felt ''besmirched'' by Cr Thomson's use of the ''pejorative'' description of his behaviour.

Mr Cull told Cr Thomson to withdraw the comment, saying ''reckless'' was only one way in which Cr Vandervis expressed himself.

Cr Thomson withdrew the comment, but said the council had been kept well informed about the Noble situation.

A casual observer at the meeting might infer the council had not been kept informed, but that would be wrong, Cr Thomson said.

In his role he had to balance the need to seek the best result for the council, while allowing essential expansion of subsidiaries, but the process for making such decisions was now robust.

Communication had improved between DCHL and the DCC, he said.

Mr Crombie told the ODT a provisional amount for the Noble Village debt was included in Delta's accounts.

He was confident Noble Investments would work through the situation, and be able to sell sections and pay secured creditors.

''These things take time to go through, as you can imagine in property development, and clearing caveats, and all those sort of arguments people have.''

Delta had to be realistic about how much penalty interest it could charge, but had handled the matter well, Mr Crombie said.

''They've just got a bad debt and they're trying to get their money,'' he said.

Yesterday, a Delta spokesman declined to disclose the final loss on the Jacks Point development, saying it was not relevant to this story.

Last year, the loss was reported to be about $2.8 million before expected offsetting with tax credits.

• Councillors at Monday's meeting received DCHL's financial report for the six months ending December 31, showing an after-tax profit of $10.1 million, which was $1.4 million more than the previous corresponding period.

DCHL paid an interim dividend of $1.5 million in December, the directors' report said.