Strong evidence to support actions of those in charge 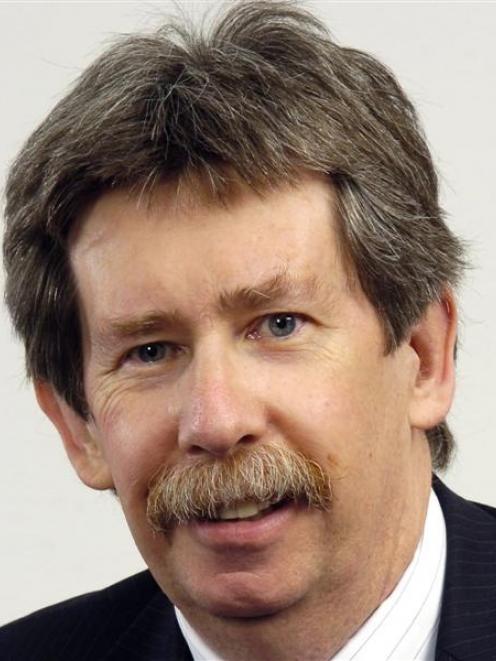 Richard Thomson
Criticism that Dunedin Mayor Dave Cull and the city council and Delta chief executive Grady Cameron have not been taking responsibility for issues in council-owned companies and Delta is unfair, Cr Richard Thomson writes.

There is a general theme running through Tuesday's editorial of a failure to take responsibility for Delta's woes by its board, Dunedin Mayor Dave Cull and the city council etc. It is right and proper when a company lays off 70-plus workers that questions should be asked.

I am not sure, however, the assumption can be validly made these have not been asked.

It is also worth examining how a city council should go about asking such questions (or ''calling for an inquiry'' as others have put it) and then comparing that with what has been done.

The mayor has said, and I agree with him, the council did not have the expertise to scrutinise the company's activities. However, the current mayor, council and CEO have certainly come to their own conclusions early in the term that things were not ''well'' in the council company stable. They determined in the first year of this triennium that an inquiry was needed urgently, but that they were not the right and qualified people to do it.

Their role as governors was to initiate that inquiry and get it done by someone with competence and independent credibility. That is how the Larsen Report was commissioned. That was the inquiry that people are calling for.

At a second level, concerns had been raised for some time around aspects of governance of one company in particular (Delta and its involvement in land purchases in Queenstown and Luggate). That led the mayor to ask the office of the Auditor-general to carry out an inquiry. Again, in my view, the right organisation to do so. It has the independence and statutory powers necessary to get to the bottom of these concerns and removes the possibility of politics getting in the way. That is important for both the council and the directors and management of Delta as they were then.

So, in my view, the mayor and the council have taken absolutely appropriate steps to ''inquire'' into the concerns being raised around the council-owned companies.

The next issue is whether the council has acted appropriately around those findings. That can be assessed by comparing its actions with Mr Larsen's findings, and then assessing what has changed as a result. In short, the council has implemented Mr Larsen's recommendations almost to the letter.

There has been a fundamental reshaping of the boards' membership, and one of the most important changes has been the complete separation between Dunedin City Holdings Ltd's board and the boards of the companies. One of the most farcical aspects of the old regime was directors were almost all on all boards. They could effectively make a decision about Delta in the morning, have lunch, and then review their own decision after lunch. This meant there was virtually no independent oversight of the companies by DCHL.

Remember, DCHL is the holding company. It in essence owns the other companies and you would expect it to be doing the oversight on behalf of the shareholder (council). How could the council feel confident due diligence was being brought to bear when the same people were reviewing the decision as made it?

That has now completely changed. DCHL's board now oversees the activities of the individual companies as it always should have, by having independent and appropriately qualified directors. The council as the shareholder then tasked them with a complete review of all the companies. It is exactly that review that has resulted in the write-down of the Delta property assets and the exiting from the civil construction side of the operation. When a proper ''inquiry'' was made by the board, that the council put in place to do this inquiry, it became obvious that some elements of the business were performing poorly, had been for many years, and were unlikely to change in the foreseeable future.

In Delta's case that meant profits were being reduced by million-dollar-plus losses in this arm. If they were removed Delta would be in a far better position to meet the council's dividend requirements. (We have seen similar but less publicised results in City Forests with the removal of the long-term loss-making mill at Milburn).

In my view, the implied criticism of both your editorial and the comments of others that the mayor, council, or the CEO are not taking responsibility is quite unfair. Their actions are exactly what I would expect both as a councillor and as a ratepayer.

There is, of course, also the issue of holding to account. Ignoring those who would, in another time, have been attendees at public executions and sat happily knitting at the foot of the guillotine (and for whom nothing short of public humiliation will ever be enough), there is a validity to the notion of accountability. But quite whom one should hold accountable is rather more difficult to determine.

These problems go back a long way. They have grown under the watch of a previous board, a previous council, a previous mayor, and even a previous Delta CEO. The previous DCHL board was removed or resigned. With the exception of a couple of directors that DCHL thought it advisable to retain on individual boards, there has been a complete refreshing of the subsidiary boards.

The problems that are now being revealed don't so much call for an inquiry as arise out of the one that this council has put in place. I believe it is strong evidence of having taken responsibility rather than shunning it as some, including your editorial, seem to feel.