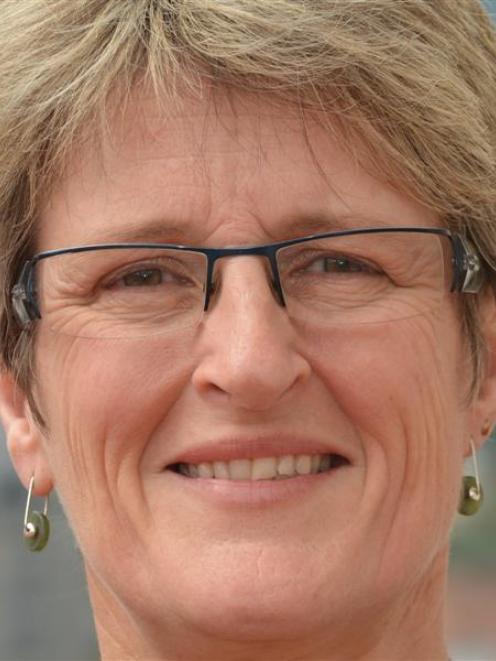 Sue Bidrose.
Dunedin developers will pay increased contributions to the Dunedin City Council but ratepayers will not immediately see a reduction in rates increases, under a proposed new allocation of development-related costs.

But developers say the charges are unfair, will increase the price of sections and discourage development at a time when Dunedin does not need any deterrent to growth.

The policy has been under review since 2009, with the public sending a clear message in 2011 that a proposed hike to $20,455 per section was too high.

In parts of Mosgiel, where much of the city's development occurs and contributions have been at a higher level since 2008, the existing charge of about $10,300 per section is proposed to increase by about $400.

Dr Bidrose said, if adopted, the revised policy was expected to contribute between about $6.3 million and $19.2 million to the council over 10 years.

That compared with about $4.2 million and $9.3 million under the current policy.

However, the increase in income from developers would not translate immediately into a decrease in rates increases.

Because the revenue was unpredictable, it would instead be tallied at the end of each year and used to repay debt in the area for which it was collected.

That would translate into a rates reduction over time.

Under amendments to the Local Government Act before Parliament, development contributions can be collected for community infrastructure such as public toilets and town halls, but not libraries, museums and swimming pools.

Dunedin developers contacted yesterday were not happy about the proposal.

Tom Richardson, who set up the Construction Industry and Developers Association in 2011 to take on the council over the then proposed increases in development contributions, said no increase, of any size, would be welcome.

''It just makes developers less reluctant to develop, I guess.''

It also went against general Government direction, which was to lower costs to try to stimulate growth.

''There's not that much growth [in Dunedin], and certainly [it] could do with all the growth it can get.''

The developer of the 17-lot Rotary Park Close subdivision in Waverley, Pat Cummings, said an increase would be short-sighted when the Dunedin market was already so fragile.

It was also unfair because developers already paid to install the infrastructure in new subdivisions anyway, and handed it to the council for no cost.

City developer Allan Dippie said development contributions could sometimes make development unviable, so the council had to take care in setting its fees that it did not discourage development.

''It's a fairly fine balance, particularly in Dunedin. If the council get that balance point wrong, the effect that it could have might be a bit unforeseen.''

There also needed to be more transparency around what the council used the contribution for.

All three would make a submission on the proposal, which would be consulted on in March and April as part of the council's annual plan process.