Southern aged-care facilities have not had issues with late-night discharges of elderly residents from hospital but do find late Friday discharges troublesome.

Grey Power is lodging a formal complaint with the Southern District Health Board after recently released figures showed that in January the SDHB discharged 11 patients over the age of 80 between 1am and 8am. 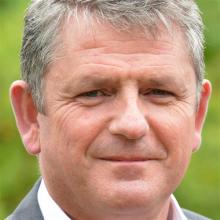 Malcolm Hendry.
Aged Care Association board member Malcolm Hendry said overnight discharges were not common at the facilities he managed, and he was not aware of other facilities in Otago having had a problem.

"It’s not something I’ve had a lot of feedback on, but we do have issues at times with late discharges on a Friday afternoon.

"The challenge we have with that, and would also have with overnight discharges, is that if they have been in hospital there will often be a change of medication that hospital staff might arrange."

Aged-care facilities were responsible for supplying medication to those patients but pharmacies might not be open to dispense the required medication, Mr Hendry said.

"We often also need appropriate information and it can be a real challenge for us if it is a late discharge.

"We also have an admission policy that we have to follow and that requires a registered nurse, and that isn’t always easy for us to organise late on a Friday afternoon."

Most facilities could handle a late admission with sufficient notice, but late, unarranged patients were a challenge, Mr Hendry said.

A handover plan was usually arranged before the discharge of a psychogeriatric patient.

"When older people leave hospital, it should be done in a planned way and include assessing the circumstances of everyone, to ensure that there was suitable family or other support where necessary."