A group of Southland Hospital surgeons say none of the changes the Southern District Health Board has proposed in response to a highly critical report into its colonoscopy services will truly improve access for patients in need of the investigation.

On Friday, the third highly critical report into the service in recent times was released by the SDHB, which will discuss its response to the document’s findings today.

"We first formally raised with management our concerns about our colonoscopy service, which is run by the Dunedin gastroenterology department, over four years ago," the doctors — Murray Pfeifer, Alice Febery, Paul Manuel, Konrad Richter, Paul Samson and Julian Speight — said.

"Five reviews have since been undertaken and all have found major issues with the colonoscopy service in SDHB ... it is important that we, as specialists who are trained and experienced in the management of serious bowel diseases, have free and timely access to colonoscopy for those of our patients whom we consider need this investigation."

The report audited 50 cases, including a control group of 18.

Of the 32 at risk patients, 13 were believed to have had adequate care; six met the criteria for colonoscopy but were declined, three had an unacceptable delay of eight-24 months, three had poor care, two had their referrals lost in the system, and five had poor referrals.

The SDHB said it would introduce a referral template and update its systems.

"The people of Southland deserve nothing less."

WellSouth medical director Stephen Graham echoed the southern doctors’ call, saying there must be improvement in southern colonoscopy services and that the voice of general practitioners should be heard in making that happen.

"We need to be sure that there will be improvement; we don’t need another report," Dr Graham said.

Friday’s Bissett-Broome report showed the rate of provision of colonoscopy had not increased between 2013 and 2019, although nationally it had increased by 45%.

The South had one of the highest rates of bowel cancer in New Zealand and GPs needed to know the test was available for patients referred for it, Dr Graham said.

"There are probably fewer colonoscopies being done here per head of population than there are elsewhere in the country. It’s probably as simple as that being the source of the problem.

"We would like to be getting the same access to the quantum of colonoscopies as is happening in the rest of the country."

The report was also critical of the referral process, and said many referrals contained inadequate information.

Dr Graham said he was "very reluctant" to accept that any blame should be attributed to referring GPs for the quality of their paperwork.

"Even if there was a referral that was viewed to be insufficient that wouldn’t be a cause for necessary tests being declined." 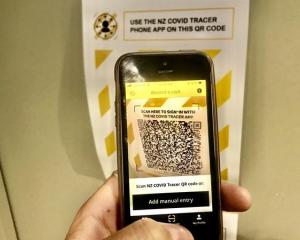 Bigger deficit , reduced services, Did anything improved under the National appointed commissioner?