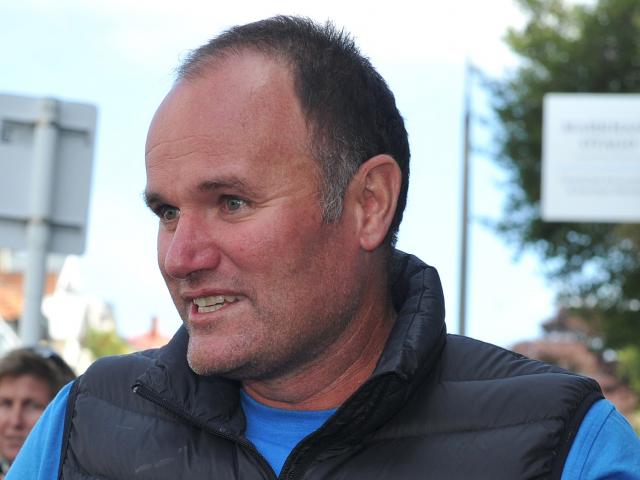 Craig Hickford.
A Canterbury man who knocked a much-loved school principal off his bike, leaving him fighting for his life, has a decade of bad driving behind him, the Dunedin District Court has heard.

When Harry Simon McArthur (29) appeared in court yesterday it was revealed the crash that nearly killed former Brockville School head Craig Hickford was not his first.

Judge Dominic Flatley called it a ''cavalier approach to driving'', after viewing the defendant's criminal history.

The court heard McArthur - an equine dentist from Canterbury - had, since 2006, racked up three convictions for careless driving, one for driving at a dangerous speed and another for failing to stop after a non-injury accident.

Yesterday, he was sentenced to 200 hours' community work, banned from driving for 10 months and ordered to pay the victim $30,000. 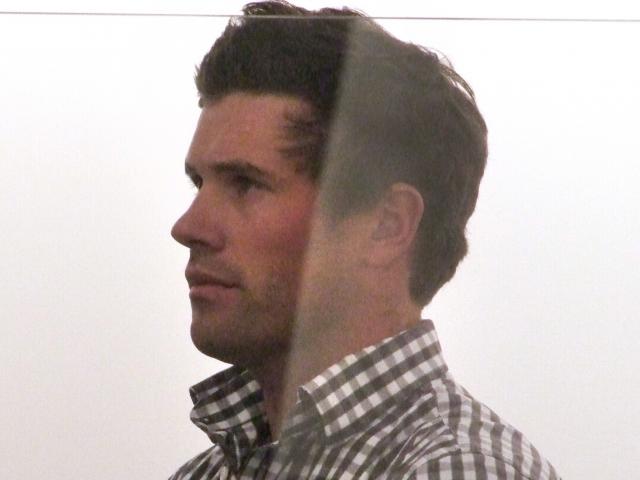 ''It's just trying to make sense of why he was on the road and why he made the choice he did and why I got hit,'' he said outside court.

Mr Hickford was riding his bike downhill in Main Rd, Fairfield, on February 14 last year when McArthur made a right turn into Flower St in front of him.

The cyclist hit the front grille of the ute and was propelled through the air, landing on the grass verge of the footpath.

McArthur told police sun-strike obscured his view of part of the road and he braked as soon as he saw the bike.

But it was of little solace for the victim.

Mr Hickford suffered a severe traumatic brain injury and was rushed to Dunedin Hospital's intensive-care unit, where he spent more than two weeks clinging to life.

Family rushed from around the country to be at his bedside and days later, the catastrophe doubled when his father Gary had a heart attack and ended up in hospital, too.

After four days, Gary Hickford was discharged and went home to New Plymouth to recuperate, but there was no such speedy recovery for his son.

Craig Hickford lay in a hospital bed for seven weeks before spending a further three months in a specialist rehabilitation unit in Wakari Hospital.

There were still gaping holes in Mr Hickford's memory and he told the ODT he still struggled to remember his time as principal at Brockville.

However, he was given a glowing reminder in court, when Gary Marsh read a statement on behalf of the school.

They described Mr Hickford as ''a breath of fresh'' air when he took on the job in 2014. After two years in charge, he had given the place a new verve.

''By late 2015, he had made significant changes to the whole direction and mindset of the staff, the school and the community,'' Mr Marsh said.

''Craig worked extremely hard ... for the students to truly believe they have the ability to be successful, life-long learners.''

Mr Hickford described the tributes, which also came in statements from his parents and his wife, as ''humbling''.

His own statement was also read in court and spoke of a new life of constant fatigue, tiredness, mood swings and memory loss.

''My career has been ripped away from me,'' he said. ''My future is uncertain and it kills me inside to think I may not return to the job I love.''

His family life and relationship with his son and daughter were forever altered, too.

''Not being able to run around with my youngest or shoot hoops with my daughter is nothing short of soul-destroying,'' Mr Hickford wrote.

He launched a stinging criticism of McArthur, who had waited
until the day of his trial to plead guilty to careless driving causing injury.

That attitude was shared by his wife, Stacey, who described the last-minute turnaround as ''abhorrent''.

Defence counsel Anne Stevens told the court her client was very remorseful both for what happened and the delay in his admission of guilt.

She read an apology letter from McArthur but Judge Flatley said there were comments in a probation report that threw his sorrow into question.

The interviewer said the defendant tried to minimise the consequences for Mr Hickford.

The now Christchurch-domiciled victim had initially said he was not going to attend the sentencing but after the hearing said he was pleased he had.

And the door was not closed to an eventual meeting with McArthur.