Dunedin crew hoping to hip hop to the top 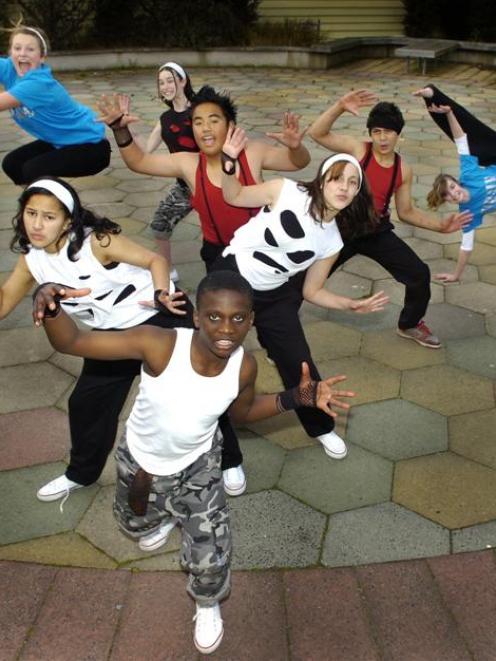 But not dancing duo Ashlyn Monk and Charlotte Hayward-Gillan.

The pair are in one of two Otago Girls High School teams training for the 2008 New Zealand school aerobics and dance championships in Wellington this weekend.

While they are spending long hours perfecting their routine, they are coaching another qualifying group, from Macandrew Intermediate.

"We rehearse from 7am until 8.30am before school, we practise . . . every lunch break, we spend two hours four nights a week practising, and we practise four to five hours on Saturdays," Charlotte said.

"Plus, we're coaching M-slaks three nights a week for the nationals."

Ashlyn said the gruelling training regime had been in place for about two months, and they were beginning to revel in the luxury of simply eating dinner at the right time.

Yet they were far from exhausted, she said.

"I love dance. It's something I want to do for the rest of my life. This is a really good experience for us. We get the eating and sleeping done, but the school work is suffering a bit."

Despite the Macandrew team never having any dance training, the girls coached them to fourth place at the Otago and Southland regional finals, where they qualified for the national final in Wellington.

Ashlyn said M-slaks was still new to dance but she was confident it would do well.

"They're doing pretty good. We were starting from scratch. They've improved a lot."