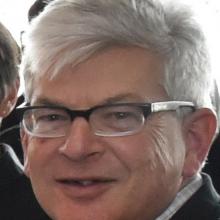 American health planning and architecture firm HDR and Dunedin architects McCoy Wixon will assist Warren and Mahoney during the design and build.

“Hospitals provide critical services to their local communities, so it’s important we have local input into the design, as well as international expertise,’’ Dr Clark said.

"It’s important the time is taken to get this right ...

"The new hospital will also have a large impact on Dunedin’s CBD and will create many opportunities for the local community."

Drawings of the proposed hospital buildings released so far have been artist’s impressions.

Dr Clark said Warren and Mahoney was exploring a range of options for how the new hospital would look.

"Building on the work by CCM Architects, Warren and Mahoney are testing a number of new options as part of the design process, but more work is needed before final decisions are made early next year."

McCoy Wixon consultant Hamish Wixon said the firm, which has designed several buildings in the Mercy Hospital complex, was thrilled to be playing a role in building the new Dunedin Hospital, which would be the largest project it had been involved in.

"It’s great to be involved in such a large project in a city we live in, play in and work in, and is particularly important for the firm," Mr Wixon said.

"Mercy has given us a lot of experience in health work.

"A lot of the principles are the same.

"It’s just having knowledge about specific health requirements with respect to mechanical, electrical and technical aspects"

McCoy Wixon would be the ‘‘local eyes and ears’’ for Warren and Mahoney, Mr Wixon said,

"We will have input during design, but a lot of our input will be during construction.

"We will also be providing local knowledge to the designers about the Dunedin environment."

Dr Clark said the acquisition of the Wilson’s parking site was expected to be completed shortly.

"The Ministry of Health is also in final negotiations with the preferred demolition contractor," he said.

"Staged demolition works are on track to start in March 2020, following the appropriate consents."

This week, planning for the new hospital hit its first snag when it was announced confirmation of the hospital site master plan — the decisions about the final size and shape of the complex — would be delayed.

Dr Clark said he expected the new hospital would probably be smaller than was first thought, although bigger than the present complex.