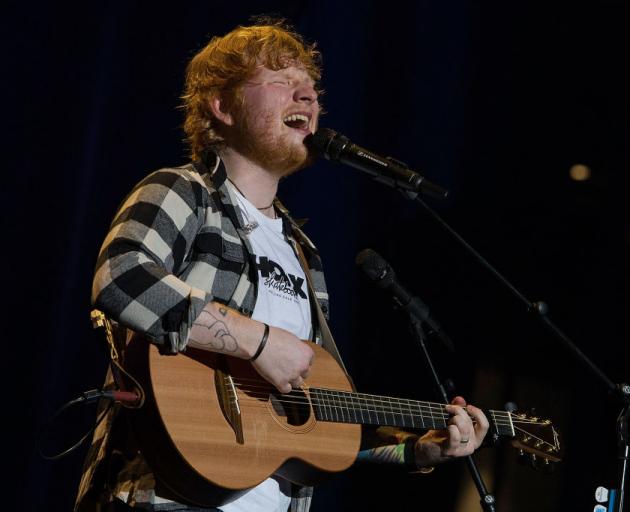 Ed Sheeran performs in concert on the opening night of his Australian tour at Optus Stadium on March 2, 2018 in Perth, Australia. Photo: Getty Images
International superstar Ed Sheeran's triple concert stop in Dunedin is set to be immortalised with a more than $8000 mural paid for by the city's ratepayers.

Enterprise Dunedin announced that as part of Dunedin marketing and public relations activities for the three city concerts, it had commissioned city artist Tyler Kennedy Stent to create a "lasting legacy of the pop legend''.

The image of the singer will appear on a Bath St wall over the coming week.

The piece of art is to cost $8350, to be paid by Enterprise Dunedin , part of the Dunedin City Council.

The work is expected to begin in tomorrow.

Enterprise Dunedin director John Christie believed the initiative - helped by the Dunedin Street Art Trust- will further reinforce Dunedin's reputation as a creative and innovative city, when it comes to major events.

Although a relatively small city in global terms, Dunedin was "incredibly fortunate'' to have world-class facilities such as the Forsyth Barr Stadium for hosting major events, Mr Christie said. 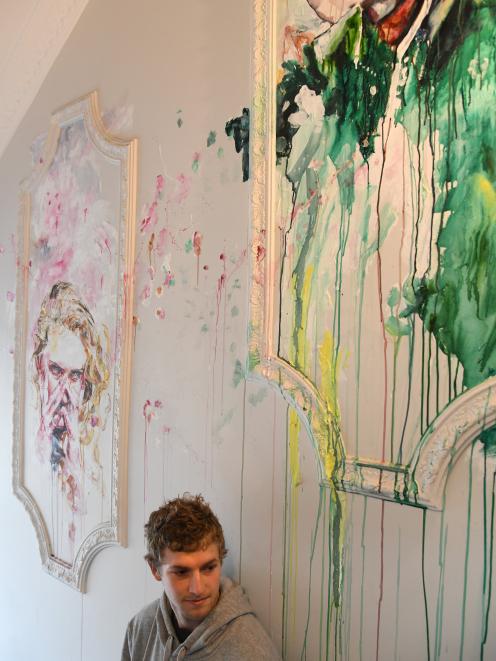 Tyler Kennedy Stent with his work in the foyer at the Artist Room. Photo: Craig Baxter
Projects such as the Ed Sheeran street art and a significant city dressing and events programme demonstrated Dunedin's "unique and immersive approach'' to reinforcing the city's image as a creative and innovative city over major events.

"On this occasion, we will literally Paint the Town Ed,'' he said.

The lower Octagon will be closed to traffic from Wednesday March 28 for six days, creating a central pedestrianised hub for all things Ed.

The partially-closed Octagon would be temporarily transformed from its usual state into a vibrant, family-friendly space, filled with street furniture, plants, and accent lighting.

During the concert weekend an `Easter Ed Hunt' competition will also be run via DunedinNZ's Instagram account, and participants were asked to take snaps in front of a series of central city locations, to be in to win, he said.

Ed Sheeran will perform in the city at three concerts, on March 29, March 31, and April 1.