A cameraman films hoiho nesting in The Catlins. Photo: Supplied
It can be easy to overlook the treasures in your own backyard, writes Richard Davison. Big Pacific aims to shift your perspective with its new Dunedin-produced five-part series.

If Big Pacific demonstrates anything, it’s that the Pacific Ocean is big.

Actually, that should read REALLY big.

Straddling 20 countries and nearly 80 locations, the beautifully-filmed and composed NHNZ-produced series was more than four years in the making. A process that was not without its challenges. Producer Quinn Berentson explains. 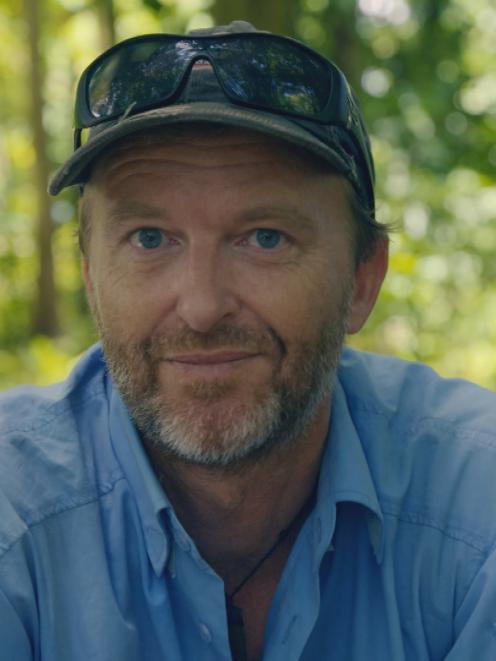 Producer Quinn Berentson. Photo: Supplied
‘‘Our own unit, roughly covering Australasia and Oceania, had to complete about 30 shoots, many of them in very tiny, obscure, out-of­the-way places.

‘‘Quite apart from the pure logistics of getting crew, cameras and gear to a dot in the ocean thousands of kilometres away, filming animals and nature in general is completely unpredictable.’’

Among the many islands the crew visited was one somewhat closer to home: the volcanic White Island, about 48km offshore in the Bay of Plenty.

Visually a film-maker’s dream, from a safety perspective the violent, seismically active outcrop is a nightmare.

Big Pacific tells the story of doomed attempts to establish commercial sulphur mining on the island, beginning in the 1880s.

With daily hazards facing the miners — including choking poisonous gases blackening their teeth, extreme heat and lack of fresh water — the final straw came in 1914 when an explosive lahar killed all of the site’s workers.

Big Pacific was there to film the human relics of the island’s mining past, and remarkable, so-called extremophiles that are able to thrive in the 50degC hyper-acidic waters of its volcanic lake.

‘‘It’s just a brilliant place, but not without its dangers,’’ Mr Berentson said. 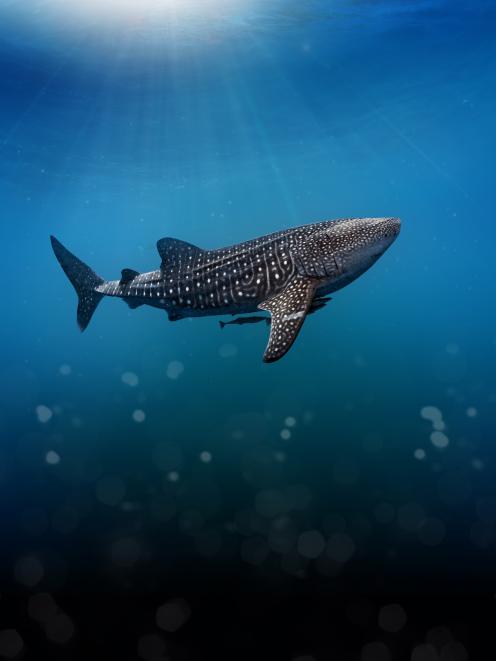 A cameraman swims with a blue whale. Photo: Supplied
‘‘We were attempting to film a series of drone shots over the volcano itself and, unfortunately, our drone was overcome by billowing clouds of acidic fumes and didn’t make it. But the footage is stunning.’’

It wasn’t the only drone to come to grief during filming.

‘‘On another occasion we were filming on the Micronesian island of Pohnpei. We managed to lose another drone up a tree in the middle of dense jungle, at dusk.

‘‘Viewers will get to see the chaos that followed in a special making-of episode at the series conclusion. Let’s just say there’s a fair bit of unintentional humour.’’

Central to Big Pacific, though, is the wildlife.

‘‘We’re excited to be bringing new and unseen stories to an audience that perhaps believes it’s seen everything.

‘‘Even though we think of the Pacific as our backyard, there’s so much more to discover,’’ Mr Berentson said.

That included some familiar neighbourhood stories given fresh insight.

‘‘In episode three, we have a hoiho yellow-eyed penguin story filmed just south of here, in The Catlins. 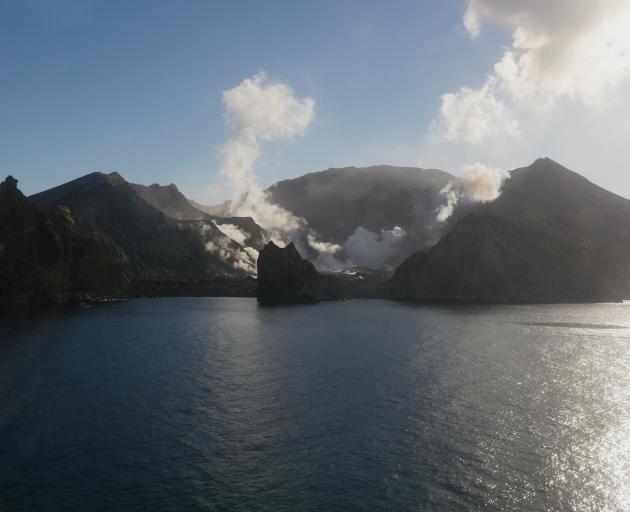 Volcanic White Island, about 48km offshore in the Bay of Plenty. Photo: Supplied
‘‘We found a secret little colony of hoiho nesting about a kilometre inland through dense native rainforest. Thanks to our cameraman who staked them out patiently for weeks, we were able to build an intimate family portrait of a very rare species, in what many people will find an unusual forest context.’’

‘‘They’re unusual creatures. They have this reputation for being very slow and generally immobile. But when you’re filming them you quickly learn they’re pretty voracious predators, feeding on weta and the like, and can move at lightning speed when they want to.’’

Although Big Pacific focuses mainly on the positive aspects of life in and around the ocean, the crew inevitably encountered some of man’s more harmful interventions during filming.

‘‘You start to become aware of the issues facing the region’s wildlife and ecosystems as soon as you begin researching. But there were certainly a couple of places we visited where it really hit home.’’

Landing on Pohnpei, all appeared pristine to the crew, he said.

‘‘But as we moved around the island and on to a beach facing in another direction, we found it literally covered with plastic bottles.’’

Another sequence filmed in Taiwan shows hermit crabs living in plastic detritus, such as bottle caps.

‘‘Although Big Pacific focuses on the inspiring stories of the ocean, I think it’s important we don’t gloss over the fact that its future is a responsibility for all of us. Hopefully we’ll be getting people to think and feel about the Pacific a bit more.’’

Mr Berentson, a natural history film-maker for the past 18 years, acknowledged the influence similarly blue-chip wildlife productions had had on Big Pacific.

‘‘All of us in the industry grew up on the BBC and David Attenborough and, of course, you look at work like Blue Planet with admiration.

‘‘But I can honestly say in Big Pacific I’ve been privileged to take part in a production at least the equal of those benchmarks. Viewers will be able to travel with us on an emotional journey through a mixture both of familiar stories seen through fresh eyes, and totally new and original material.