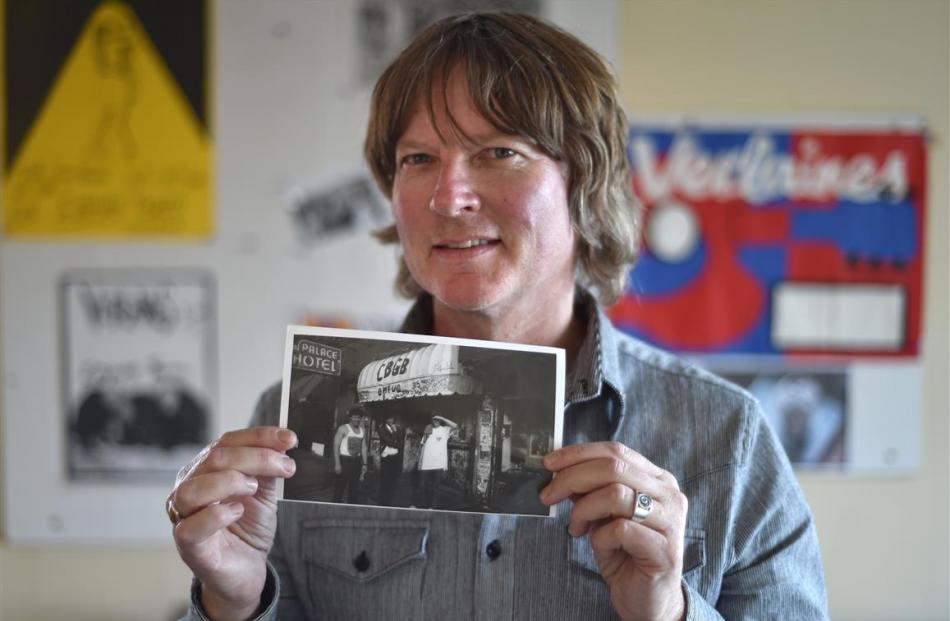 Dr Ian Chapman holds a picture of members of the Verlaines (from left) Steve Cournane, Graeme Downes and Mike Stoodley outside CBGBs in New York in 1989. Photo by Gregor Richardson.

The hunt is on for photos of Dunedin musicians, venues and crowds from the Dunedin Sound days.

University of Otago senior lecturer in contemporary music Ian Chapman is asking people to search through their drawers and look again at negatives for any photos from the late 1970s to early 1990s for an upcoming book on the city's renowned music scene.

Dr Chapman said while the Dunedin Sound was synonymous with the Flying Nun record label, the book The Dunedin Sound: Some Disenchanted Evening (which borrows the latter part of its title from a 1989 Verlaines album) would be a celebration of only Dunedin bands.

‘‘I want just the Dunedin acts.

‘‘Bands like The Gordons and Able Tasmans have been lumped in with the Dunedin Sound because they were Flying Nun.''

The story of the music scene from which bands including The Verlaines and The Chills came was an important one to tell, he said.

‘‘The Dunedin Sound is renowned both throughout New Zealand and the world.

‘‘To be honest, I'm a bit surprised there hasn't been more published on it.''

He hoped the book would unearth a visual history of the period which was predominantly recorded on cassettes and records.

‘‘Back then you had to be really dedicated to be a photographer at gigs.

‘‘But even if someone took a camera with them once, those photos have to be somewhere.''

The book would be largely pictorial, but would be ‘‘more than a coffee book''.

‘‘Everyone who was involved is getting older.

‘‘But it is also not intended to be the final word on the Dunedin Sound.''

People who provided a photo which was published in the book would receive a free copy, he said.

He expected the book would be published in November. 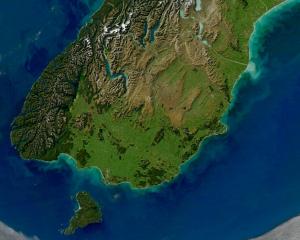