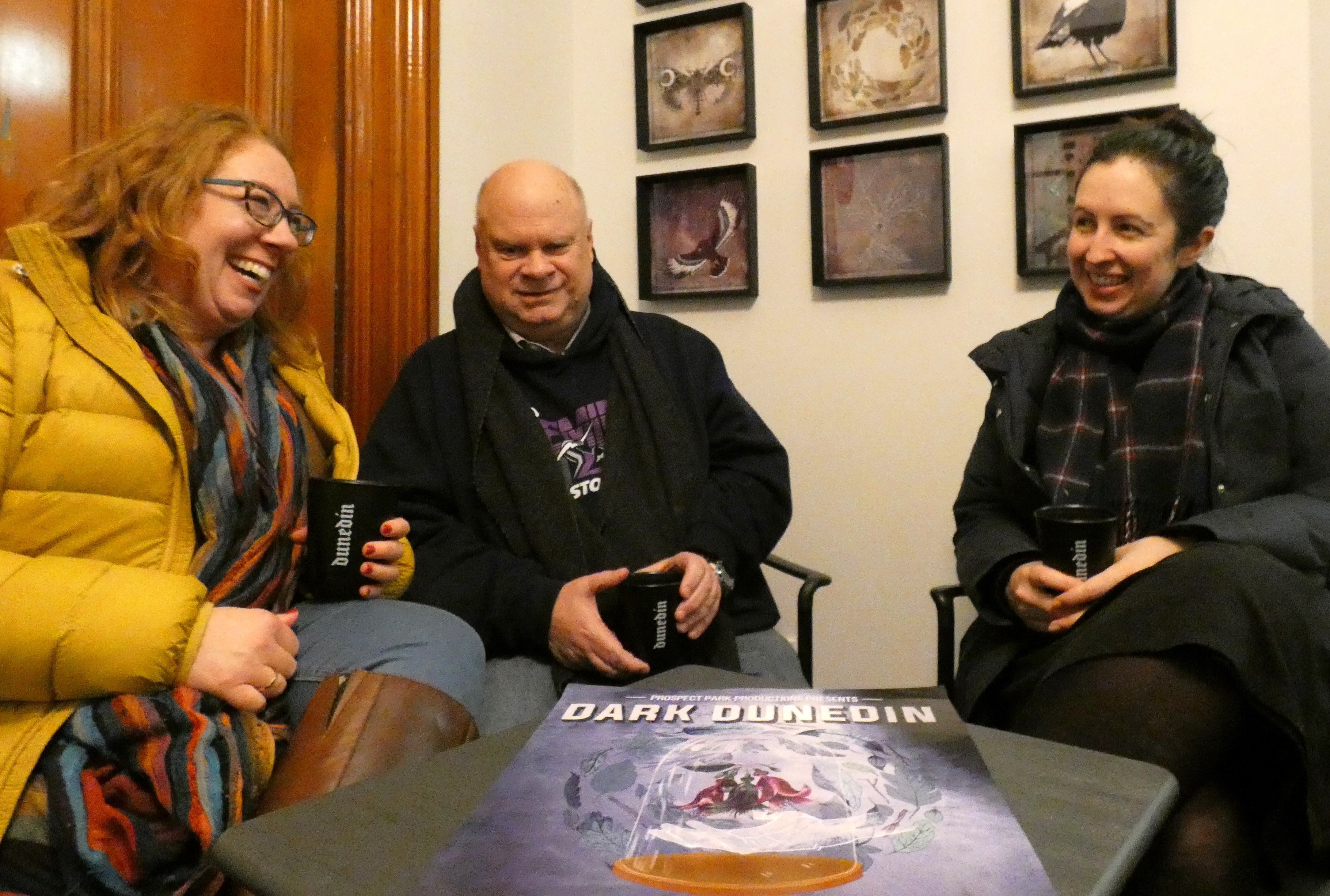 Dark Dunedin actors (from left) Allison Horsley, Brian Kilkelly and Kate Schrader share stories of working on the podcast while inspecting artwork created by Jess Newton, of Dunedin. PHOTO: SIMON HENDERSON
It is a tale of hidden lies and twilight prowls, of secret purpose and the madness of the mind.

Thriller podcast Dark Dunedin takes listeners  on a journey into the Gothic underbelly of the city, weaving history and horror into an audio adventure.

Protagonist and narrator Louise Hepburn sets the scene with the words: “This is a story about my Dunedin, Otepoti, the place of the steep points at the bottom of the world.”

Created by Prospect Park Productions producer H-J Kilkelly and writer-director Emily Duncan, the first series launched at the 2018 Dunedin Fringe Festival and won the City of Literature Beyond Words Award.

The series included many references to real sites in Dunedin and she hoped people would feel compelled to explore and look at the city differently, Duncan said.

"Part of the kaupapa [purpose] was that it was an accessible way to explore Dunedin,"  Duncan said. 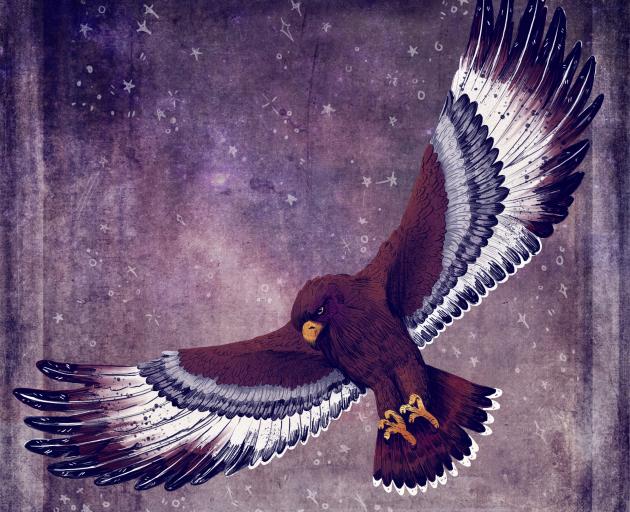 Artwork created by Jess Newton, of Dunedin, illustrates each episode of audio drama Dark Dunedin. PHOTO: JESS NEWTON
Kilkelly said creating an audio drama had been a learning experience and they partnered with community radio station OAR FM to record and edit the series.

The series was an opportunity to explore a different way of accessing art "that you don’t need to leave your house for".

Theatre was a more fleeting, ephemeral medium that was often gone very quickly, she said.

An audio drama was a way to keep actors engaged in different formats, and the podcast was something that lasted.

Season 2 was released at Easter and season  3  on Queen’s Birthday weekend this year, "which is actually when season 3 is set", Kilkelly said.

"We tried to release it in line with the story, which is pretty cool."

The series attracted listeners when first broadcast on OAR FM. Hundreds more had accessed the podcast on platforms  such as Apple Podcasts, Spotify and YouTube.

Artwork for each episode was created by Jess Newton, of Dunedin, the limited-edition prints illustrating key moments in the narrative.

"We try and work collaboratively across art forms as well, not just theatre makers, so we thought we would commission a local graphic artist to do the artwork,"  Kilkelly said.

Working in theatre was "really hard",  so they aimed to collaborate with different sectors as a way of providing other opportunities for local artists.

Although the podcast came to a natural end with series  3, "we have lots of other projects up our sleeve", she said.

A factory whistle as recently as 1993. Was that Greggs?
Benzine in the air at the Oval;
Dunedin street racing, Festival Week, the 1960's.