The Edgar Centre.
Dunedin's Edgar Centre sports complex is being lifted and lowered by the tide, as water strips away sand and leaves voids in the reclaimed land beneath the complex, reports show. 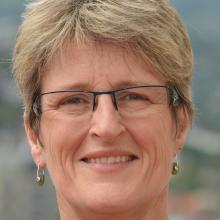 The startling conclusion is just one of many seismic and subsidence problems facing the heavily used community complex, which caters to 650,000 people a year.

The Otago Daily Times yesterday obtained two consultants’ reports, prepared for the council in 2016 and 2017, detailing the deteriorating state of the complex.

They confirmed the venue’s three main buildings were all significantly earthquake-prone, at 10%-15% of new building standard (NBS).

But they also showed the entire complex was being warped by subsidence, having dropped by up to 1m, and being affected by the tide as water washed through the sedimentary layers of reclaimed land the venue was built on.

The subsidence was happening at different rates in different parts of the complex, warping floors and creating other headaches, the reports showed.

Smoke and fire-proof doors had been compromised as "large gaps" opened up under the doors, although they had been fixed soon after the threat was identified last year.

But other problems remained, including leaks and other weather-tightness issues caused by the subsidence, and retractable seating in the MoreFM Arena which staff struggled to use as the floor’s slope got worse.

Most of the subsidence had occurred soon after the Edgar Centre’s extensions were added in 1996 and 2004, but further drops, of up to 60cm, were expected over the coming decades, the reports said.

Dunedin City Council chief executive Sue Bidrose said the subsidence problems would be more costly to fix, but were on hold as they were "annoying, but not ‘keep-me-awake-at-night'".

Adding new structural steel reinforcements to the buildings, to lift their seismic strength above 34% of NBS, was a priority, she said.

Design work had begun and construction would be later this year or early next year, she said.

The seismic work was expected to cost less than $1 million and be paid for from existing budgets, but fixing subsidence problems would be "more expensive".

The partial or complete closure of the venue would be likely while the seismic work was carried out, but the council and trust running the venue would minimise disruption, she said.

The decision to keep the Edgar Centre open in the meantime, despite the seismic risk, was made by council staff drawing on the consultants’ reports.

Dunedin was in a low-risk seismic zone, and legislative changes last year gave most of the city’s building owners 15 years to assess their properties and 35 years to fix those deemed earthquake-prone.

Many other Dunedin buildings were in the same situation, but keeping the venue open was a risk, she said.

"That’s the thing that worries me the most, so we are going to see to that quickly.

"We will be doing this in a matter of months because it’s a priority."

In the meantime, the public were warned they were entering the building "at their own risk".

"The consequences of something, were there to be a seismic event, are not good. That’s why we’re dealing with it now."

It was too soon to say if the council would pursue a claim against contractors involved in the Edgar Centre’s extension, but "some of those issues will be looked at", she said.

"My most urgent thing is to get the earthquake-strengthening designed and under way. The things that are after that can happen after that."

Warned about this in the Bible.

No mention of the effects of possible changes in sea level on this and other buildings on reclaimed land. I can't help thinking the DCC has its head in the sand about the long term viability of the Edgar centre and is wilfully ignoring the matter when it thinks to spend $20 million on a bridge to the (current) water front. Please lets have some questions asked and answered about the wisdom of putting money into sinking, flooding, vulnerable infrastructure!

The council have just given the go-ahead on *more* development at the waterfront while what we have at present is already sinking and subsiding!

Is the DCC living in Dunedin - or Crazy Town? I fear the answer will be made way too clear in decades to come.

Stop the madness of yet *more* waterfront development before it is too late.

What do they expect. The whole area is built on rubbish that was dumped there to fill it in All sorts of stuff including old telephones were disposed of in the area and now the sea is reclaiming its own.
Will never stop and only get worse as sea level is barely a metre under the land level at times. Same as the whole of South Dunedin, If you dig holes for fence posts you are in the tide very quickly.

As for the Edgar Centre: there is no problem with spending some money on it because it is not sinking, not flooding and not vulnerable. The alleged consultants’ reports are said to tell us that - "Most of the subsidence had occurred soon after the Edgar Centre’s extensions were added in 1996 and 2004". There is no indication that there will be any serious ongoing subsidence problem. The leaks and other consequence of the old subsidence will be eventually fixed when the DCC decides to do the work. The earthquake-strengthening is more important.