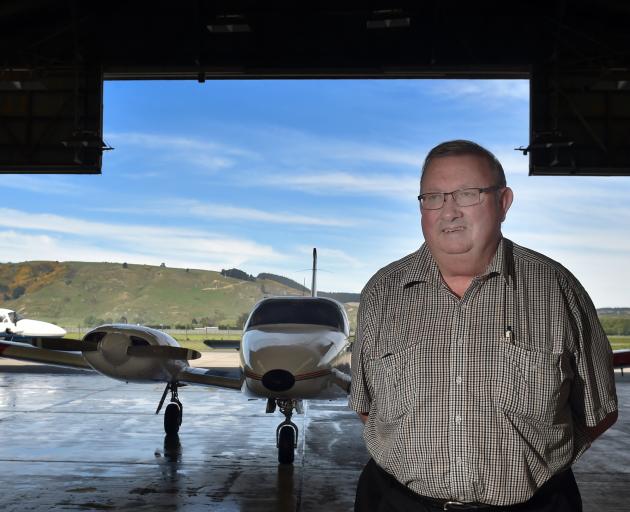 Some will be fine until the end of the year but fear job losses loom amid Covid-19 restrictions — both for the institutions educating high school pupils and those that teach international students English or aviation.

International education normally adds about $200million a year to the Dunedin economy, supporting more than 2200 jobs.

It adds another $50million to the economy of the Queenstown Lakes District, supporting more than 550 jobs.

The week before New Zealand went into lockdown in March, the school had 92 students on its books. The school had just signed an eight-year lease and "it was going to be a very good year for us".

Mr Hughes said he had lately made a dozen staff redundant.

He hoped he might still retain some staff expertise.

"I don’t intend for Covid-19 to spell the end of that business."

Mainland Aviation College chief executive Philip Kean said he had a queue of up to 50 students who could come to New Zealand if they were allowed.

"I’ve written to MPs, explaining these students are happy to pay for their own quarantine," Mr Kean said.

A big hole could be left in New Zealand’s flight training capability if policies were not adjusted. At his Dunedin school, "eight jobs could go west".

Study Dunedin Advisory Group chairwoman Linda Miller said the sector — for high-school level and beyond — would value some reassurance heading into next year.

She hoped international students and pupils would be a priority for entering the country once the border reopened.

The Government has allocated $20million to support schools and $10million for private training establishments but the industry remains nervous.

An Immigration New Zealand spokeswoman said students who were overseas could study online without a visa and provide evidence of it to support a student visa application.

"Under the current visa settings, there are no plans to change the duration in New Zealand requirements for post-study work as a result of Covid-19."

Southern Lakes English College Queenstown and Invercargill principal Bharat Guha said his operation had been able to keep 60 students at each site.

"We hope to maintain this through to February next year," he said.

"We have been working with the Southern Institute of Technology to offer online English programmes to our students who have signed up with us but who have not been able to come ... because of closed borders."

Mr Guha felt crunch time for the industry could be about April next year.

If the border remains closed for 2021, the financial hit to the University of Otago would be about $16million.

"Otago’s long-standing policy of capping our international numbers means that we are less impacted by the current situation than many other institutions," university international director Jason Cushen said.