South Dunedin community development officer Michell Reddy said feedback from her work in the community, and a recent hui, indicated people were having trouble accessing the buses.

They were struggling to get to where they wanted to go due to route and stop changes, and those with disabilities found the timetable difficult to read and understand. 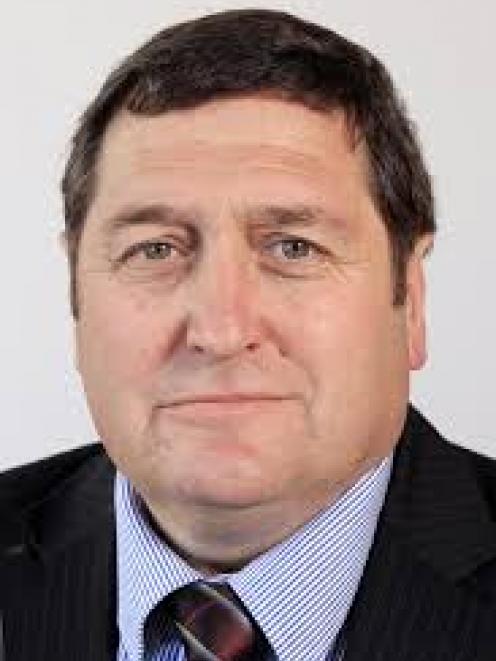 Gerard Collings
The routes seemed to be scheduled to suit the bus service, rather than the users' needs, she said.

Grey Power Otago president Jo Millar said the lack of seating outside the Community House stop was an issue.

She had also had feedback from members who were unable to read the timetable.

"[The hub] is designed to move buses. It's not designed for the people using the buses.''

Advocate Carmen Houlahan, who is standing for mayor, said the walk to George St was too far and agreed there was inadequate seating.

People asked for seating during the hub's consultation period, but it was not sufficient, she said.

"People asked for seats and what they've got is the bar.''

Mrs Houlahan said there had been issues with elderly being unable to use their SuperGold cards, which entitled them to free travel during off-peak hours.

The hours included 9am-3pm and from 6.30pm onwards on weekdays.

She highlighted the experience of seniors who boarded a bus before 3pm free of charge, and due to scheduled delays at the hub, had to pay for the second half of their journey.

During some journeys, buses stopped at the hub for about 20min and users paid for the second half when they got back on the bus, or changed to another, after 3pm when they had started their journey before 3pm.

"If you want people to use the bus you have got to make our city more bus-friendly.''

Otago Regional Council transport manager Gerard Collings said when the network changed at the end of 2017 it was designed on a "hub and spoke model'', connecting residents across Dunedin to the city and beyond in a simple, well-connected format with regular frequencies.

While the changed format may have inconvenienced people who were used to a particular stop and route, it had benefited others, he said.

"The hub has made transferring and connecting to other services in the inner city much easier. For some people it means walking a block to George St, but for others it has provided easier access to the hospital.''

Taking buses away from the Octagon eased congestion in the city, and passenger numbers had increased since the hub opened, he said.

The large electronic Wayfinder screens and eStops at the hub were designed for the visually impaired, with large lettering and audio buttons.

"We are also looking to revise the format and increase the size of the text where possible for on-street timetables.''

Mr Collings said since Community House was a heritage building, the council was restricted with its seating options.

He confirmed SuperGold cardholders could travel free with a GoCard during off-peak hours.

"When we make changes - whether that is a new timetable design or a change to a service - we consider the integrity of the entire network and how it will best support most of our bus users. ''

No Surprises really the Councillors, Mayor and Council have tunnel vision for Dunedin and don't care who or how hurts people they are on a mission to see it through to meet their agenda 21 KPI's. The Councillors, or Mayor don't represent Dunedin's people they do what they want when they want. time to put the foot down handheld them accountable, for what they say they will do when running for Office.

Do you mean the Otago REGIONAL Council? They did the new bus routes and bus hub.

Previously, to get to the top of Stuart Street, I could catch any bus stopping outside the cinema in the Octagon; very easy... now those buses have different stops in the new hub, a slight annoyance... More annoying is the lack of up-to-date technology to tell people waiting at the hub how many minutes away their particular bus is from the hub (and therefore which of the hub stops to wait at.) This technology has been available for ages and is very common overseas. Simply showing the scheduled bus arrival time at the hub is no great use, as people know that anyway, and it does not indicate which bus is delayed in traffic, etc...

I hope the George st designers are reading this and listening to real people. George St is too far from the bus hub. So too are most of the "nearby" parking options for anyone foolish enough to want to shop on George St when the wonderful rebuild is done.
A large proportion of Dunedin citizens are not 20 year old students who are prepared or able to walk several blocks to buy things. If they can't park very near George St shops they will simply shop somewhere else. Princess St used to be a retail area just like George St. Suburban shopping helped kill off that area. If the current planners aren't careful they will kill George St as well. It is easy to destroy a shopping area, it is incredibly difficult to revive one.

The bus hub is the next street to George St. There will be an electric bus circulating central city and George St.

I am sure they can put in a few benches at $2,000 per bench to our benefit.....Paid by ratepayers, naturally....Another poorly thought out plan jointly bought to you by the ORC & DCC.

Collings is way out of touch regarding seating for older bus passengers. So-called heritage building or not, seating must be provided and shelter.What do citizens appreciate more? Inanimate aged buildings or active but aged Dunedin citizens? Stop babbling Collings and start reacting to senior citizens comments.

Why cant they use a system, similar to Brisbane that at present uses cards and you tap on and tap off and if less than an hour between transfers its considered one journey at the price when you started it.

It can take 3 hours from one end of the system to the other with vehicle changes on the way so would be pretty rough if that wasnt allowed.

The trouble is all these councils have to have their own exclusive ticketing system instead of licensing one from overseas THAT ACTUALLY WORKS.
Brisbane and Melbourne both did their own and it has taken years to be efficient and work properly. Now Brisbane is going to do away with cards and you will have to use your smart phone
Also this propensity to have everything done with your phone. What about those like me who only use it for phone calls and dont wont their life revealed if you lose it.
Crazy Older people wont want to do that so I cant imagine what will happen if you dont.

This is a 'devil in the details' problem. I don't drive so use the bus and so have used the hub since it opened. I am nearly 70 but fairly fit. The buses have a lowering boarding step and provision for wheelchairs and bicycles. I use a shopping trundler and drivers will offer to take it down the step for me if it's really heavy. They always wait till passengers sit down before taking off. The buses are heated in winter. The hub makes transfers between nearly every route possible and they were rarely possible before. I love the 'clock-face' scheduling which means my bus goes at 30 minute intervals with no variations so I know without having to look at the timetable that it will be leaving at 2 minutes past the hour and 2 minutes past the half hour. So those are a lot of details IMO ORC has got right. The only detail I find really inconvenient is the lack of service through The Octagon. That could be fixed with a couple of frequent free George/Princes St shuttles going in opposite directions and through the hub. Another detail fix would be for ORC to make its Total Mobility scheme more widely available. I reckon the hub has the potential to be 'good enough'. Nothing's perfect.