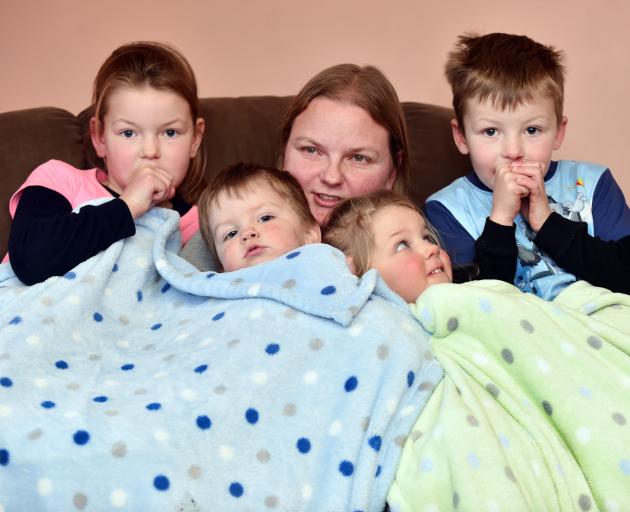 The Otago Daily Times asked readers if their power bill was more expensive than expected this winter.

Miss Hyslop (17), of Dunedin, said she thought the latest power bill of $710 for her flat in Northeast Valley was a mistake.

The four flatmates had maintained their electricity usage, on a fixed-term contract, from previous months but their bill had "skyrocketed".

"It’s gone through the roof."

The flatmates were students, and recent graduates, so paying the bill would be a battle, she said.

They used electricity for cooking, heating and hot water but avoided using the clothes drier, hanging wet laundry by the heat pump instead.

Mrs Ferguson, of Mosgiel, said they signed their fixed-term contract with a power company  when her family, including her husband and four children, moved into a rental property in Mosgiel nearly three years ago.

The latest power bill was $526, the biggest the one-income family received since moving in.

"It was definitely a shock to the system," Mrs Ferguson said.

The water in the house was heated by gas, she said.

The house had a heat pump but the main source of warmth was from a fireplace, she said.

The house had ceiling and underfloor insulation, he said. "It’s not hard to heat."

The house did not have a drier.

Mrs Pettigrew, of Alexandra, said her latest power bill was $458. "It was shocking."

The bill from her fixed-term contract retailer had more than doubled from bills earlier this year, she said.

She and her husband and daughter lived in the three-bedroom rental property. The family were spending their first winter in the house. 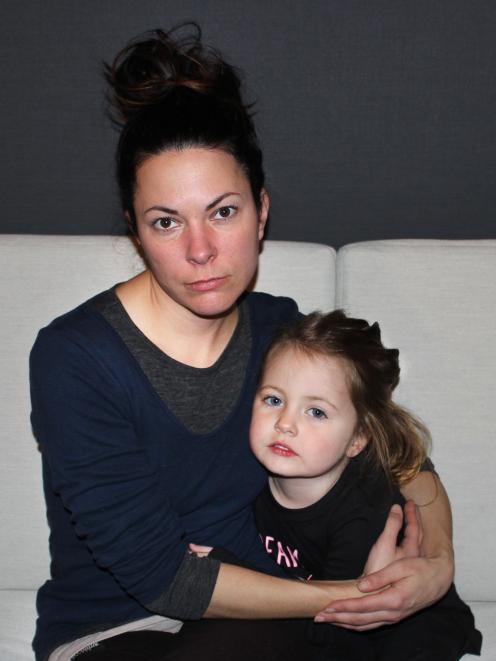 Peyton Pettigrew with her daughter Evey (3) in their rental home in Alexandra. Photo: Jono Edwards.

The cooking and hot water were on gas, she said. The house was heated with two heat pumps but they only used one in a bid to lower their bill.

Consequently, the bedroom she and her husband shared was cold, she said.

In Canada, houses had central heating, so every room was warm, all the time, and people could afford to use a clothes drier.

The last monthly winter power bill she paid in Canada, for a one-bedroom apartment in Alberta, had central heating, and a drier she used frequently, cost about $50, Mrs Pettigrew said.

Electricity Retailers’ Association of NZ chief executive Jenny Cameron said there had been a rise in wholesale energy, or spot, prices recently due to a drier start to winter.

"This has caused lower levels in the South Island lakes and means more thermal generation is being used. These sorts of dry years tend to come around every five years or so."

Electricity prices had been stable the "past few years".

Spot prices were nearly double what they were at the same time last year, she said.

"This is beyond retailers’ control and is determined by the costs to generate the electricity."

Rises in the spot price only affected customers on plans with companies offering spot rates. Customers on fixed-term contracts would not be affected, he said.

The cost of a bill depended on how much electricity they used, what plan they were on, and when they used it.

"If anyone is concerned about their electricity bills, they should check against their usage from last year, and also contact their energy provider to discuss."

The indicators included population growth in New Zealand increasing demand for electricity and the cost of building power generators to increase supply in coming years.

"Modelling is showing prices are likely to head up."

He believed people were using more electricity due to the colder winter this year.

Last winter was one of the warmest winters on record, he said.

New Zealanders were using much more power this winter than the previous winter and the one before, he said.

He predicted rain would fall and lake levels would rise.

From analysing data on rain patterns from 1931, he forecast rain to fall across New Zealand by the end of July.

"We help big consumers get better deals in electricity and we help generators and retailers manage their risks," Mr Sise said.

Electricity Authority chief executive Carl Hansen said New Zealand has a "highly competitive" electricity market. In the past year, the number of parent retail companies rose from 22 to 29. Five years ago there were 12.

People concerned about  bills should check if they could get a better deal by visiting www.whatsmynumber.org.nz or www.powerswitch.org.nz

• Dry clothes outside instead of in a drier.

• Use the cold-water wash in the washing machine.

• Check appliances are energy efficient and turn them off when not in use.

• Close the curtains before dark to keep in the heat.